WFAN Helps Women In Agriculture & Food “Farm With A Friend”

The Women, Food & Agriculture Network, or WFAN, aims to create an ecological and just food and agricultural system through individual and community power. 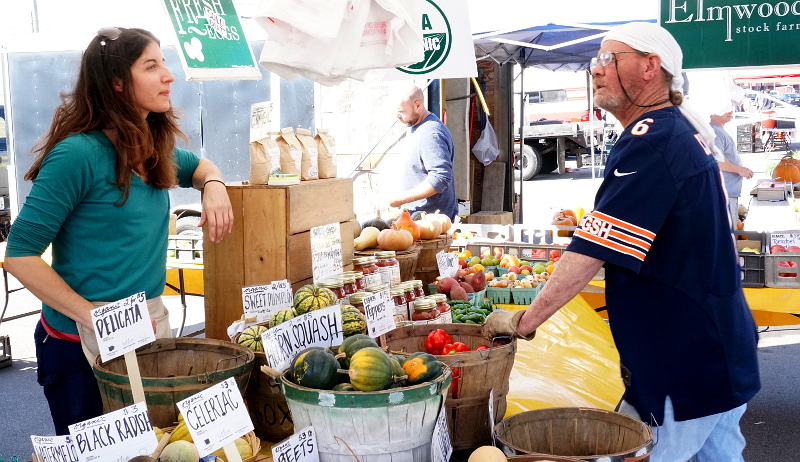 Imagine you just inherited the family farm: 1,000 acres of corn and soybeans. Maybe you’ve been out of touch with farming most of your life. Maybe you are not such a young sprout yourself. Maybe you are the spouse of a farmer who died, and you’re not sure how to take the reins of the operation. How would you transition a conventional, large-scale farm into a human-scale, manageable, sustainable, organic, diversified farm? First, find a friend. A friend with all the right tools, know-how, and time to hold your hand and walk you through this worthy endeavor. Does that sound like an imaginary friend? Such friends exist, most likely in the form of a collaborative network, such as Women, Food and Agriculture Network, also known as WFAN. The organization aims to engage women in building an ecological and just food and agricultural system through individual and community power.

Leigh Adcock, former executive director of WFAN and current communications specialist at Iowa State University’s Extension and Outreach Local Foods Program, addresses the ways WFAN provides resources. These include landowner outreach, on-farm apprenticeships and leadership training that prepares women to become advocates for the local food system. The women-only groups that WFAN hosts provide a safe, nonjudgmental space for questions to be answered. (One of its booklets helps women manage wildlife and hunting on their land, for example.) Sustainability is a broad concept that means different things to different people. WFAN provides access to the right agencies, tools and experts to help each landowner take steps toward their individual sustainability goals.

Acceptance by neighbors who have experienced only conventional agriculture practices during their lifetimes requires a cultural shift, perhaps a generational reimagining of a time before large-scale agriculture. While farmers as a group are generally slow to change, Leigh has observed a shift.

“I’m 57, and I’ve lived here most of my life,” she says. “I would say that the acceptance level among native Iowans for small-scale, diversified agriculture has grown immensely in that time. Partly, it’s seeing that trend nationally, and realizing that the basis for that is sustainability—that we need to be able to continue to feed ourselves on this land, we need to keep the dirt from polluting the Gulf of Mexico—people are hearing that message.”

Leigh says many conventional farmers are beginning to add one or two food crops to their operations as a small step toward moving beyond corn and soybeans. Some have added sweet corn or peas, still on a large-scale production and selling to canneries. Others have exited big ag and entered a niche market, such as greenhouse-grown tomatoes.

“These aren’t the hipster kids coming from the city, wanting to come out and farm on a couple of acres—we have those too,” she says. “But these are sort of dyed-in-the-wool Iowa farmers who grew up with this corn and soy all around them and thought, ‘There’s probably a better way to do this. There are other things that I can do.’”

Leigh shares WFAN’s credit for these changes with Practical Farmers of Iowa, a workshop-based organization whose field days bring together growers of all sizes and backgrounds. The common goal that unites such a diverse group of farmers? Looking to nature as a model of sustainable agriculture. Leigh explains that Practical Farmers of Iowa has partnered with the university to engage local farmers in research projects. In this way, it brings diversity and opportunity for education to the people doing the work, and the research findings benefit the entire farming community.

“The strength is that it’s farmer-led,” Leigh says of WFAN’s sister group. “Because they’re active in almost every county in the state of Iowa, more farmers have seen their neighbors trying things, and that’s what it takes.”