What Do Farm Animals Produce?

The meat, milk and eggs your farm animals produce is great, but there’s even more that they provide. 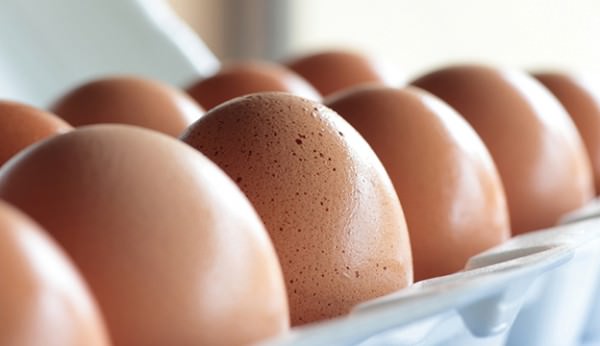 We all know that dairy products come primarily from cows and goats and eggs come from chickens. We also accept the fact that even though animal welfare is a basic tenant of farm life, meat comes from farm animals, as well. But why stop at meat and milk? While raising healthy animals and being the partakers of their bounty is an incredibly rewarding way of life in and of itself, some hobby farmers are discovering a new level of sustainability by utilizing animal byproducts for personal or commercial use.


What Are Animal Byproducts?

The USDA defines an animal byproduct as a product other than muscle meat harvested or manufactured from livestock. That includes a huge range of options, so here’s a brief overview of possible products and byproducts for some common farm animals.

Pigs and farms just seem to go together, and raising your own porkers on pasture can give you healthy meat in the form of ham, bacon, spareribs, et cetera. But as mentioned before, pork products don’t stop there.

Pork fat can be rendered down into lard, and as it turns out, our grandmothers who reached for their lard bucket to make pie crust or fry potatoes weren’t as far off point as the anti-fat trend would have us believe. Lard is not a trans-fat, which means it’s healthier than once thought. Furthermore, lard’s high smoking point (400 degrees F) and unique flavor makes it great for cooking. Beyond the kitchen, lard can be used for soap or cosmetics of various kinds, and the cracklings, which are left after fat has been rendered out, are mighty tasty.

Other pork products you can make at home include head cheese (not as bad as it sounds) and pickled pigs’ feet, which I will admit I have never been able to bring myself to sample, but there must be something good about them since we still see them on the grocery shelves. There are other byproducts including gelatin and doggie chews, which come from pigs if you want to branch out further.

If you’re a hobby farmer, chances are it’s on the hoof in your own pasture. If you raise a steer or two, everything from hamburger to top sirloin can fill your freezer. If you don’t often buy expensive cuts, having roasts and steaks from your own healthy animals are an extra bonus.

Early settlers used beef byproducts, such as horns and hooves, to make gelatin, and they tanned the hides for shoes, saddles and more. These days, such items are usually left at the meat processor’s facility to dispose of, but some hobby farmers do sell the hides to leather dealers or for cowhide rugs.

Beyond meat, many a hobby farm also boasts a milk cow of one breed or another, and this bovine goldmine gives rise to all sorts of products:

Excess milk can also be fed to bottle calves or mixed with feed and fed to pigs.

And with both dairy and beef cattle, there’s always manure, which can be spread on pastures, composted for garden use, or sold to farmers market customers.

Chickens, turkeys, ducks, geese and guinea hens are only a partial list of birds that hobby farmers raise for meat and eggs. Obviously, chicken eggs are the most common by far, and chicken and turkey the most commonly raised for meats. But poultry of all sorts is more than just edible.

Before the birds end up on the table, they excel at natural bug control, scratching and pecking at insects in all stages of development, from larvae to adults. As far as byproducts are concerned, poultry manure makes incredible fertilizer for gardens—though, compost first instead of applying directly to plants, as nitrogen levels are so high it can burn vegetation.

Geese and ducks provide down/feathers, and peacocks’ plumage is a classic decoration that sells well at the local farmers’ market.

Yet another classic farm animal, sheep are a good source of tasty meat and cheese. Some hobby farmers bring in a nice income by raising spring lambs for that purpose, while others raise sheep for the wool they produce. And wool isn’t just for yarn—hobby farmers use it to make and sell a variety of wool products:

When people think of goats, they usually think of goat’s milk because it is known for its low levels of lactose. But besides drinking it, you can make:

Goats are also awesome for weed control and will take on everything from poison ivy to thistles as if they’re eating candy. For byproducts, their manure makes great fertilizer, and if you’re looking for an added value product, cashmere goats are a great dual-purpose animal. “Cashmere” is not a separate breed but rather a type of goat that produces a large amount of the soft down that lies beneath the guard hairs—sort of like the collie of the goat world. This down is in demand for spinners and crafters around the world.

Horses For Work and As Pets

More than most other animals, horses are the stuff of dreams and often one of the first acquisitions on a hobby farm. Once in the pasture, you can count on several things from a horse:

Yes, they can work, if trained to do so, and be used to log, haul things and round up cattle, but horses don’t have to do work or even be ridden to bring pleasure. They make great pets, though unless they’re minis, they’re not very good around the house. For most of us, the fact that in some countries, horses are also seen as a source for meat/milk is unsettling, so we just don’t go there. We turn instead to the potential for enjoyment and sustainability that horses bring to the hobby farm equation.

If you want a cute, quiet pet, a rabbit is ideal. You can also raise Angora rabbits for their incredibly soft fur or decide to cash in on this very affordable meat source. Whatever the reason you might acquire them, rabbits are one of the easiest farm animals to raise and maintain. Their well-known ability to produce offspring coupled with the relatively low expense of feeding them makes them a great choice for sustainability. As a bonus, their manure is one of the few types that you can put directly into your garden without fear of burning your plants with too much nitrogen or proliferating weed seeds. In addition, buyers are usually glad to take the pelts off your hands.

Although not technically farm animals, it has been said the bees are the new backyard chickens, and a hive or two can be a great addition to a farmstead. Of course, the bees will pollinate things: always helpful if you’re growing vegetables, flowers, or fruit trees. And then there’s the honey—your own private stash of local sweetness that gives you bragging rights, as well. Plus, having your own hive opens up the option of beeswax products. From comb honey to cosmetics to beeswax candles, you can make (and sell) a wide variety of products from these busy little hive dwellers.

No matter which animals (or insects) you grow on your farm, each one offers opportunities for increased sustainability as you go beyond the basics of meat/milk/eggs and enter the realm of animal byproducts. Happy exploration!