What I Ate on My Summer Vacation 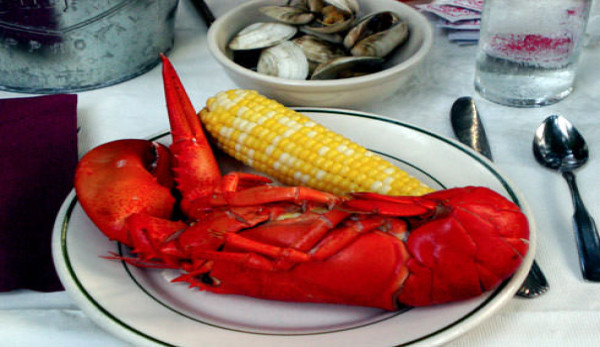 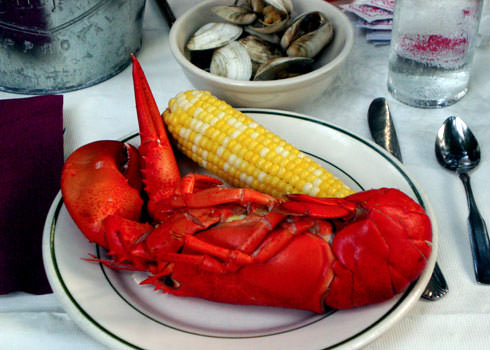 My lobster boil in Maine, served with corn and steamers

This summer I traipsed through New England, where I’ve spent quite a number of summer vacations. 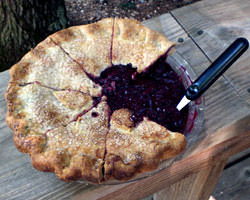 A blueberry pie from Mary Bean’s in Belgrade, Maine

(on the New Hampshire border) 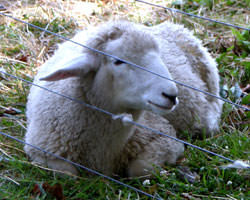 A sheep from Allen’s Farm 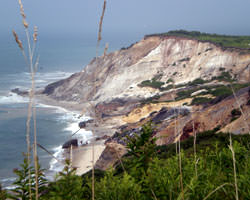 View from my fish tacos

Autumn’s turning leaves may be the most famous attraction of New England, but in the summer, it’s a locavore heaven as well.