What Is Fowl Cholera & Should I Be Concerned?

Prevention is key in this disease that can affect waterfowl and other farm poultry. 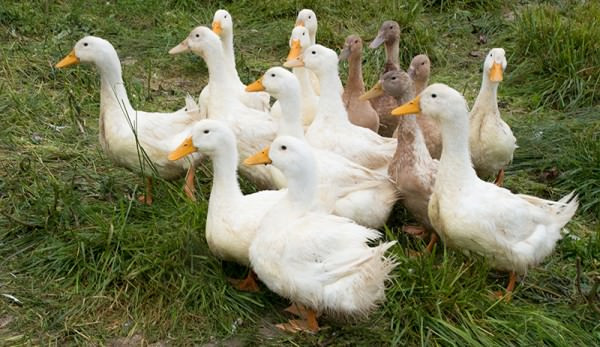 Avian cholera, aka fowl cholera, has been recognized as a distinct disease associated with domestic fowl and poultry for more than 200 years. The first reports of avian cholera in North America from wild waterfowl occurred during the 1940s in Texas and California. Avian cholera is a common name used for overwhelming systemic infections with the bacteria Pasteurella multocida in ducks, geese and swans. Waterfowl with avian cholera die acutely and peracutely, sometimes literally dropping from the sky, and are almost always in good to excellent body condition. Epidemics are reported yearly in wild waterfowl, but it can occur in parks, zoos, domestic flocks and backyard ponds, too.

Most current evidence suggests that the P. multocida that adapted to waterfowl came from domestic turkeys or chickens, where it had been a recognized cause of disease for many years. The bacteria have been found to survive in the soil between 15 to 113 days, depending on environmental conditions.

P. multocida are ingested or inhaled, and the bacteria colonize the upper respiratory tract and invade the bloodstream, where they reproduce in large numbers and are spread to all the bodyâ€™s organs. The gross lesions consist of multiple small (pinpoint- to pencil-lead-sized) hemorrhages across the surface of the heart and on great vessels, with multiple small, white spots (septic infarcts) across the liver. One problem with taking shortcuts when diagnosing avian cholera is that two dangerous viral diseases, avian influenza and duck virus enteritis, cause similar, often indistinguishable gross lesions and can occur under the same circumstances. P. multocida has 16 known serotypes and at least 29 different combinations; accurate diagnosis thus depends on isolation and identification of the causative organism.

The bacteria is infectious and spreads rapidly from bird to bird in crowded situations. They can live in feces and mucus from dying ducks for hours to a day or more, and aerosols created by ducks and geese can contain and spread the infection. Some of the symptoms or signs to look for are ruffled -feathers; loss of appetite; diarrhea; coughing; nasal, ocular or oral discharges; swollen wattles and face; swollen joints; lameness and sudden death.

A number of drugs, including sulphonamides, erythromycin, streptomycin, penicillin and tetracyclines, will lower mortality from fowl cholera; however, deaths might restart when treatment is ceased, which demonstrates that treatment does not eliminate P. multocida from the flock. If caught early, it can be treated with injections of long-acting antibiotics. Traditionally, drugs and medicated food or water over several weeks were the preferred treatments for caged birds, but newer, long-acting cephalosporins might be more effective, though significantly more expensive.

Disinfection using bleach or other antibacterial compounds, which might be possible in concrete small pens, is impractical and ineffective in complex environments with a lot of organic matter. Eradication of infection requires depopulation, cleaning and disinfection of housing facilities and all equipment used, including feeders, waterers and buckets.

In the end, prevention is the best measure, which could include the following practices: biosecurity, rodent control, overall hygiene, bacterins at 8 and 12 weeks of age, and live oral vaccine at 6 weeks of age. Before using any bacterins or live vaccines, itâ€™s strongly recommended you contact your local vet or your state veterinarian for someone with avian medicine expertise.