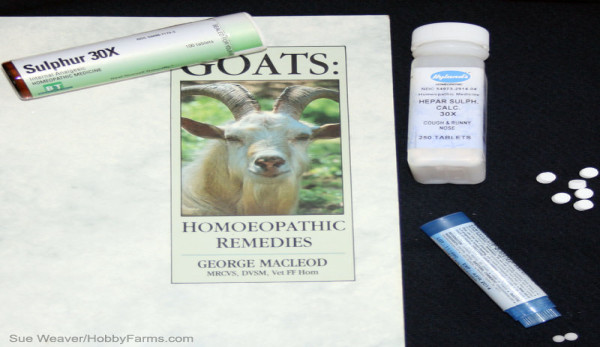 One of the complementary therapies our mom uses is homeopathy. It sounds weird and some folks think itãs bogus, but Mom says it works! So do vets at theô American Holistic Veterinary Medical Association and thousands of other physicians and veterinarians worldwide.

Homeopathy was very popular during the 19th century, when one in five doctors was a homeopathic physician. Homeopathic remedies successfully treated serious human diseases of the day, like typhoid, cholera and scarlet fever. Even conventional pharmacies and general stores dispensed homeopathic medicines. However, because the American Medical Association considered homeopathy a brand of quackery and discouraged its physicians from practicing it, homeopathy gradually fell from favor.

Homeopathy was born in 1870, when a German doctor named Samuel Hahnemann, translated a medical treatise written by a Scottish doctor who claimed Cichona officialis, a Peruvian bark we now know contains quinine, could cure malaria. Dr. Hahnemann boiled the bark into tea and drank it for several days. As he expected, his body developed symptoms of malaria, which, when he stopped drinking the stuff, went away.

Hahnemann and his followers began experimenting with other plants, minerals and animal substances, conducting “provingsã (clinical trials) and entering their findings into Dr. Hahnemannãs Materia Medica, a master reference still used to determine which remedy to prescribe.

To prepare a remedy, its mother tincture, a solution of plant, mineral or animal extract that gives the remedy its name, is diluted one part to nine parts distilled water (1:10) or to 99 parts water (1:100), vigorously shaken, then diluted, shaken again, and so on until the desired potency is reached.

Higher potencies sometimes trigger “aggravations,ã when it seems like the patient is getting worse instead of better. So lower potencies like 6x to 30x or 6c to 30c are usually recommended, especially for do-it-yourselfers. Lower potencies work as well as higher potencies, but they have to be administered more frequently.

Suggested uses and dosages are printed on remedy labels, but those are only guidelines. Because the same remedies in the same doses apply to the same conditions in humans and all other animals of all ages and sizes, do-it-yourselfers can learn to dose their livestock from information designed to diagnose and dose people or pets.

Do-it-yourselfers can use homeopathic remedies to treat minor ailments and injuries, for first-aid emergencies until the vet arrives, and to augment conventional veterinary treatment. Life-threatening injuries and illnesses can be treated with homeopathic remedies, but itãs best done under the direction of a homeopathic veterinarian.

Now that you know what homeopathy is all about, come back next week so I can show you how we use homeopathic remedies on our farm.

Ask Martok!
Do you have a livestock or wildlife question you want me to answer?ô Send me your question!
Please keep in mind that I receive a lot of questions, so I wonãt always be able to answer each one immediately. In the case of an animal emergency, itãs important to reach out to your veterinarian or extension agent first.