What Is the Average Life Span of a Duck?

Learn about the average life span for various breeds of ducks in this excerpt from the Popular Farming Series: Ducks 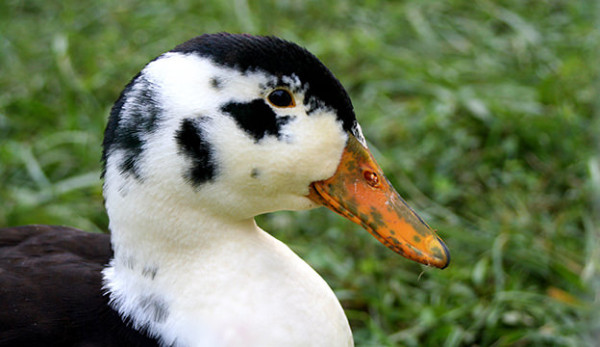 Ducks are not as long-lived as geese. The average life span of a domestic duck is 10 years or less.

As a general rule, the larger breeds of duck have the shortest life spans. Seldom do they live beyond five to seven years of age.

An exception is the Muscovy, which might live to between eight and 12 years of age, or more.

The Pekin (probably due to its rapid growth rate as a young bird) normally lives a relatively short lifeâ€”perhaps five years. The first part of a Pekin to fail as it ages is often its legs. I suspect that rapid weight gain in its first year taxes its ability to support itself. The actual useful life of an exhibition Pekin might be only three years. â€śUseful lifeâ€ť is determined by the length of time itâ€™s useful as a breeder.

The average life span of the medium and light ducks (Cayugas, Blue Swedish, Runners) might exceed that of most large ducks by two or three years.

Keep in mind, however, that ducks kept for egg production might only produce an optimal number of eggs per year for two or three years. In fact, pushing female ducks to produce large numbers of eggs will probably shorten the life of a member of any breed.

The longest lived of the ducks by a considerable margin are the bantam ducksâ€”the Calls and Black East Indies in particular.

A number of mine have lived a decade or more and one Grey Call female lived 15 years. They also tend to have longer useful lives from a breederâ€™s standpoint, with males remaining fertile for as long as a decade and some females able to produce eggs for an even longer period, assuming the best of care. Because they carry less weight and donâ€™t experience ultra-fast growth rates, their bodies tend to hold up longer.

Of course, a discussion of longevity in any breed assumes that the birds are provided with a good diet and appropriate housing and are not overcrowded. â€”Lou Horton

Could ducks offer a built-in alternative?

Foie gras (pronounced fwah grah) is the fattened liver of a waterfowl (either duck or goose) produced by a special feeding process.

Historically, this product was developed by confining ducks to a very small cage or pen and force-feeding them a highly fatty diet to rapidly increase the size of their liver.

In the United States, only a few companies produce foie gras, with most of it coming from New York. Recently, due to much controversy surrounding the force-feeding process, Chicago banned the sale of foie gras in retail stores and restaurants, and California is phasing out production and sales of foie gras over the next few years.

Many finer restaurants still serve foie gras. In fact, I recently looked at online menus of some of the best restaurants in Louisville, Ky., and nearly all had foie gras on the menu as a main dish or as an appetizer. Iâ€™m sure the menus of nicer restaurants in many other cities are similar.

With traditional foie gras becoming so controversial, there might be an opportunity for producing either a humanely raised foie gras or another duck-related product that can take its place on the menus of finer restaurants.

Ducks have the natural eating behavior of gorging themselves when they are offered feed. Taking advantage of this behaviorâ€”without the discomfort or pain that force-feeding causesâ€”might open some innovative marketing opportunities for the duck raiser with an entrepreneurial spirit. â€”Matt John

From “The Business of Ducks,” Popular Farming Series: Ducks.