What the Hemp is Going On? 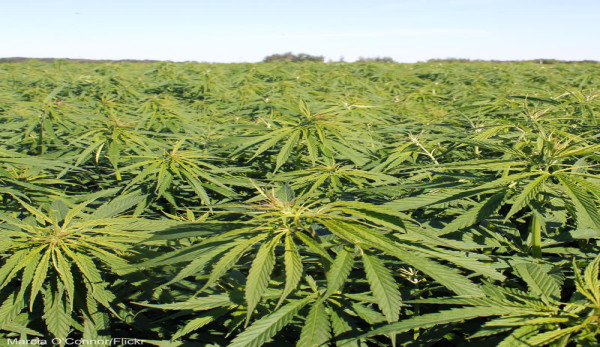 At the mention of the word hemp in certain company, you might receive giggles, confused silence or cheers in return. If you’re talking to farmers, you might get a nod of approval. Hempâ€”not the smoking kind, rather its industrial relativeâ€”could mean big dollars for small-scale farmers if the government would just get out of its own way.Â

I’m talking about industrial hemp, which is the same species as marijuana, Cannabis sativa L., but it has only 0.3 percent Tetrahydrocannabinol or THC, the psychoactive chemical. (Marijuana-variety hemp has 3 to 20 percent THC.) I first learned about farmers’ drive for a hemp comeback when researching an article for Hobby Farms magazine two years ago. It turns out, this crop was legal until 1937. Through World War II, its growth was still encouraged by the U.S. government through Hemp for Victory campaigns. The government needed hemp for cordage and fiber, so they gave farmers a temporary pass to grow it.Â

With the 2014 Farm Bill’s provision for hemp research, we’re headed back in that direction.

Hemp has been used for centuries as a fiberâ€”rope, sails, clothing, canvas … you name it. It has a leg up on pesticide-hungry cotton, as hemp’s fiber is stronger, longer, more absorbent and more insulative. It’s recently been recognized as a beneficial food and body-care ingredient, too, and produces more pulp per acre than timber, making it a sustainable paper source. As a crop, hemp grows in thick plots, choking out weeds so chemical herbicides aren’t needed.

The Doppelganger Effect
All of these pros make an industrial hemp crop seem like a no-brainer, but there are folks who are worried farmers will be able to grow marijuana-variety hemp alongside industrial hemp. The two look identical, so they think law enforcement won’t be able to tell the difference. But growing pot next to industrial hemp is like growing a hot pepper next to a mild pepperâ€”it dilutes the concentration of THC. This is not a smart growing practice for the pot farmers.

Farmers in Canada and other countries are getting $250 to $500 per acre of hemp. U.S. farmers could well get a share of that market, too, if this little bit of research that’s currently being permitted goes well. Hemp production for research purposes is now legal in states where hemp production is allowed under state law (as of this entry: California, Colorado, Hawaii, Indiana, Kentucky, Maine, Montana, Nebraska, North Dakota, Oregon, Utah, Vermont, Washington and West Virginia).Â

State of Confusion
In a tale of one hand not knowing what the other is doing, when Kentucky researchers tried to plant their hemp crops in May, the seeds from Italy were commandeered at the airport by U.S. Customs and Border Protection officials because of another law that says anyone importing hemp seeds must register as a drug importer. After the Kentucky Department of Agriculture sued the U.S. Drug Enforcement Association, the seeds were released in time to get them planted in university pilot programs in the state.

Breaking Stereotypes
While you can already find hemp foods in natural-foods stores (not the same kind you can find at a coffee shop in Amsterdam), hemp clothing and hemp paper, the hemp byproducts they contain don’t come from the U.S., so it does nothing to support our farmers. Soon, maybe, this will change.

With it being Hemp History Week, you can find an event near you to learn more about industrial hemp’s benefits to people and economies. There are movies, music and food festivalsâ€”probably nothing that will further hemp policy in the U.S., but possibly something that will help raise more awareness and change the stigma of the word hemp.Â

Find out the crop’s status in your state from the pro-industrial-hemp nonprofit Vote Hemp.