What To Look For When Buying A Bull

Buying a bull for a cattle herd can be daunting, but look for these traits when you open a catalog and be ready when you head to the sale. 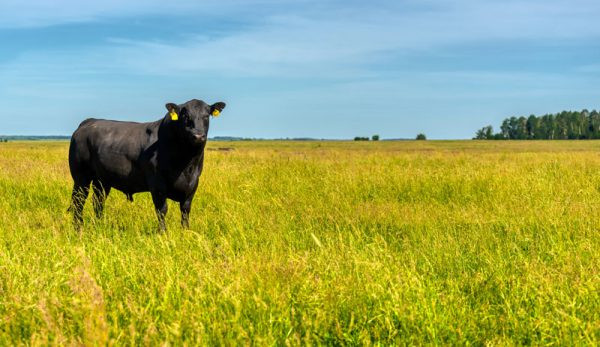 Whether youŌĆÖre just toying with the idea of starting your own cow herd or youŌĆÖre actually ready to buy a bull, picking the right one for the job can seem a bit daunting when you first crack open the bull catalog. The array of numbers and similar looking animals can seem overwhelming if you donŌĆÖt have any clue of what to look at first or how to decipher the abbreviations.┬Ā

In this article, weŌĆÖll sit down with a local rancher (and my brother-in-law), Kordell Krispense, to discuss a few of the traits he considers to be most important when scouting for his next herd bull.┬Ā

Consider Your Herd Needs When Buying┬Ā a Bull

Before you begin looking for a potential new bull, youŌĆÖll want to have already planned out which direction it is that you want your herd to grow towards. What are your priorities? Do you want to focus more on the carcass traits (such as quality of marbling in the meat, size of the ribeye area, etc.) or the overall growth of the animals, their maternal traits, etc.?

This will play an important part in deciding what bull will suit your herd the best. Today weŌĆÖll do a quick rundown of a few traits covered in bull catalogs and the abbreviations used.┬Ā

When looking for a bull to use with his own herd, the first trait Kordell studies among the prospective bulls is the calving ease direct (CED is the abbreviation used in the catalogs). This refers to how many unassisted births from first-calf heifers the bull has been able to produce.

This trait is especially important if youŌĆÖre buying a bull with the intention of breeding it to the heifers in your herd and not cows. Since theyŌĆÖve never had a calf before, a heiferŌĆÖs birthing canal hasnŌĆÖt been stretched yet. If the bull produces larger calves, it can make for a much harder (and even dangerous) delivery.

This is why you look for a bull that produces smaller calves when planning to breed to heifers.┬Ā

Read more: Now’s the time to upgrade your cattle herd. Here’s how.

This would be the bullŌĆÖs actual weight when he was born. This will help give an indication of what his calves will weigh. If he was a larger calf, he could produce larger offspring.

It is important that the bull you consider buying is calm and easy to handle. The docility number in the catalog predicts the difference in temperament between the bullŌĆÖs offspring and the offspring of other bulls.

The way each animal is scored is based off of how they behave as they enter, are contained in, and exit a chute. This is generally recorded around the time that they were a weanling or yearling.┬Ā

Carcass weight would refer to the approximate weight of the bullŌĆÖs offspringŌĆÖs hot carcass. Hot carcass weight (HCW) is the weight of an unchilled carcass that has had the head, hide and internal organs removed.┬Ā

The RE trait specifically expresses the difference in size of the rib-eye area of the bullŌĆÖs offspring as compared to the offspring of other bulls.

The last trait Kordell specifically pointed out was heifer pregnancy. This is a way that the buyer can select a bull that has generally produced daughters that became pregnant as first-calf heifers during a normal breeding season.┬Ā

Read more: Considering cattle? Here are 7 reasons to start your own herd!

Heading to the Sale

After youŌĆÖve looked through the catalog thoroughly and decided there is a bull that interests you, itŌĆÖs time to head to the sale. Make sure you allow for plenty of time before the start of the sale to walk through the pens and look at any prospective bulls.┬Ā

When you walk into the pen of a bull, check his docility and watch how he responds to you. Does he get snorty and have an attitude? Does he act aggressive?┬Ā

Look closely at the bullŌĆÖs feet. He should have a nice, thick foot. Watch out for long, curled toes or crooked feet. Poor foot confirmation and issues can be passed on to other offspring and lead to future problems and even lameness.┬Ā

As basic as it might sound, look at the bullŌĆÖs overall eye appeal. Numbers are important, but his looks can matter too. He should have two good eyes (check for any spots), a nice square butt, heavy shoulders, straight legs and a flat back.

Take your time and do the research before you jump into buying a bull. They require a big commitment in maintenance and upkeep. You’ll also need a place to keep them and equipment to treat (such as a chute and working facilities) or move them (like a stock trailer).┬Ā

Ashleigh Krispense lives in Central Kansas with her husband, Kolton, and their menagerie of critters. She enjoys writing, baking, gardening, and spending time with her husband on the farm. To follow along with her life as a farm wife, check out her blog, Prairie Gal CookinŌĆÖ.