What You Need To Know About Marek’s Disease

Marek’s disease is the No. 1 disease risk to your flock, but it’s preventable if you take the right actions. 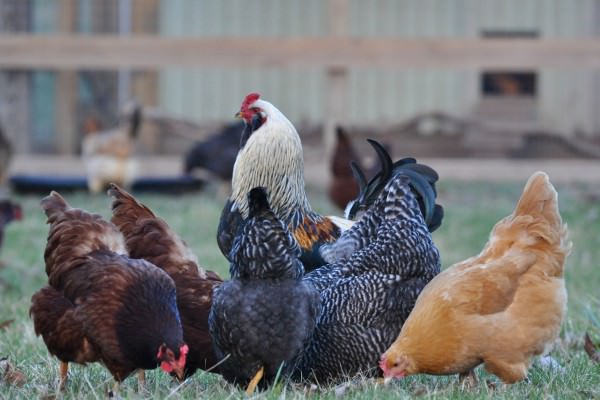 With all the recent talk about highly pathogenic avian influenza in North America, it might surprise some chicken keepers that Marek’s disease is still considered the greatest risk to the health of your flock. To put it simply, the virus that causes the disease is ubiquitous in the environment, and there is no cure. Therefore, prevention—through vaccination and biosecurity—is your best friend.

Using these ideas, the commercial poultry industry has virtually eradicated Marek’s disease as a cause of mortality. Therefore, using the same approaches, hobby chicken keepers have the potential to significantly reduce poultry mortality from Marek’s disease.

Marek’s disease virus (MDV) is one of the most universal avian diseases, and it typically affects chickens between 2 and 7 months of age. MDV is a herpesvirus that can be found in every country and is considered to be ubiquitous in the environment. It was discovered by József Marek of Slovakia in 1907. He originally studied theology, but for reasons unknown—and to the benefit of chickens around the world—he thankfully changed his major to veterinary studies.

When a chicken is infected with the virus and gets the disease, one of the most common clinical signs is paralysis. This is because the virus has a tendency to infect the sciatic nerve in the pelvis and leg. In addition, birds with Marek’s disease can get tumors of multiple tissues and organs. Furthermore, the immune system can also be compromised, resulting in immunosuppression and increased susceptibility to other unrelated diseases.

MDV is known to be present in the feather follicle and is very hardy in the environment. Therefore, feather dander from infected birds is considered highly infectious to other previously unaffected chickens. Specifically, chickens can inhale the dander into their lungs and become infected.

Once infected, the chicken may or may not show signs of disease, but it is considered to be infected for life, which is significant because the bird can act as a carrier and spread the disease to unaffected birds. This is why mixing older chickens with younger chickens is highly risky. The older chickens, which look healthy, are often a source of the virus for younger chickens.

Spotting Marek’s Disease In Your Flock

There are four main forms of Marek’s disease. The form of the disease is predicated on what tissue or organ system the virus has invaded and caused disease. Chickens can be affected by more than one form simultaneously.

When a chicken gets the neurological form of Marek’s disease, the most typical clinical sign is partial paralysis. The chicken almost looks like it’s doing the splits. However, this is because they are unable to move their legs. This often leads to death, because the chicken is unable to get food or water for itself.

When a chicken gets this form of the disease, it usually will have enlarged feather follicles, as well as tumors within its organs, such as the liver, spleen and gonads. Clinically, you would see a lethargic chicken.

The iris of the eyes is affected here; the eye may appear irregular, and you may observe the chicken acting like it’s blind.

Additionally, MDV can infiltrate the chicken’s immune system, which can result in immunosuppression, making the birds more likely to get other diseases.

It’s important to realize that while the paralysis noted in the neurologic form can be seen relatively easily in many cases, many of the signs mentioned can only be reliably diagnosed at necropsy (i.e., autopsy) by a veterinary pathologist. Many states offer free or discounted necropsy services for backyard poultry as part of their Avian Influenza and Exotic Newcastle Disease surveillance programs. Therefore, if you have a sick or dead bird, work with your state’s diagnostic lab to identify the disease your chickens may have so you can prevent it in the remainder of your flock and in future flocks.

There are two good methods of vaccination. The first is to vaccinate in the egg, also known as “in ovo,” on the 18th day of incubation. This is ideal because the birds are able to start mounting an immune response before they are hatched and exposed to the virus. These types of in ovo vaccinations required specialized equipment and are done by many, but not all, hatcheries. If you get chicks from a hatchery or a feed-supply store, ask if the birds are vaccinated against Marek’s, as well as if they were given the in ovo vaccine, which offers the best possible protection against Marek’s disease, especially the more virulent strains.

If you hatch eggs at home, your hens can also be vaccinated while still carrying the eggs. If the vaccine is effective, maternal antibodies—antibodies from the hen transferred to the chick—will persist in the chick for up to three weeks.

Your goal should be to have the best standard of cleanliness possible in the places where hatching and brooding take place. Keep it simple:

Because Marek’s has such a high transmission potential, it is vital to raise chicks in a clean environment. An important characteristic of a herpes-virus is that it is persistent in the environment. Because the virus is present in the feather follicle, getting rid of the feather dander is key to eliminating the spread of Marek’s. You can accomplish this by wiping down or “dry cleaning” materials down to get rid of dander.

Marek’s disease is very common but preventable. By focusing on proper vaccination and good biosecurity, we have the opportunity to significantly reduce the most common cause of backyard-poultry mortality.

This article originally appeared in the July/August 2016 issue of Chickens.

Maurice Pitesky is a faculty member at University of California School of Veterinary Medicine-Cooperative Extension with an appointment in poultry health and food safety epidemiology. Dr. Pitesky earned his B.S. in biology from UCLA, and his DVM and MPVM from UC Davis. Pitesky is also boarded in Preventative Veterinary Medicine (DACVPM). Pitesky’s research interests are focused in mapping of avian diseases, food safety epidemiology and in gaining a better understanding of small scale poultry production with respect to environmental sustainability, poultry health and food safety.