What’s an Apiaceae Vegetable and How Do I Grow It?

You'll better recognize members of the Apiaceae family as carrots, celerty and carrots? Here's what you need to know to start growing them in your garden. 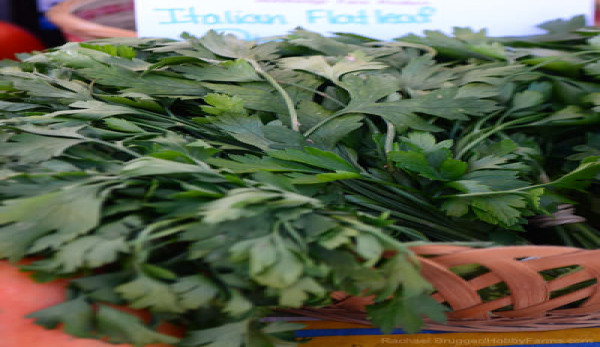 Nearly every gardener faces a nemesis or two, and not necessarily in the form ofÂ aphids or fusarium wilt. Sometimes itâ€™s a particular plant or plant family that proves difficult to grow and seemingly fights the gardener every step of the way. If members of the Apiaceae (carrot) family are your horticultural Achillesâ€™ heel, donâ€™t lose hope. It isnâ€™t difficult to grow plants from this family, and there are some top-notch varieties that are sure to please.

The Apiaceae family, sometimes known as the Umbelliferae, Umbel, carrot or parsley family, is an expansive group of plants that spans more than 3,000 species and encompasses everything from carrots and parsley to dill, fennel and Queen Anneâ€™s lace. Vegetables in the Apiaceae family require some patience to grow because they tend to be slow to germinate and mature. But if youâ€™re willing to provide some special care, youâ€™ll be well on your way to reaping an unforgettable Apiaceae harvest.

Planting
Because the vegetables of the Apiaceae family often require a lengthy growing season, youâ€™ll want to get started early. A few weeks prior to your average last-frost date, start vegetables like celery indoors, and plant root vegetables like carrots and parsnips outdoors. (Sow seeds 1/4 inch deep in rows 12 to 24 inches apart.) Start with fresh seedâ€”this is imperative for parsnips, as the seeds typically donâ€™t stay viable for longer than one year.

“They need loose, friable soil to break the surface when seeded,â€ť he says.

He also suggests steering clear of soil that is stony or hardâ€”carrots and parsnips need plenty of depth and room for their roots to grow. While carrots, parsnips and celery benefit from soil with a similarÂ pH (roughly 6.0 to 7.0), celery grows best in heavier soil that contains more moisture than is required by carrots and parsnips.Â Raised beds are an option for growers in areas with clay or other hard soils.

“They are an ideal location to grow carrots,â€ť Fendley says.

Tending
According to Garry and Wendy Lowe, of Twin Meadows Organics Farm in British Columbia, one of the biggest problems gardeners face is learning to plant so that thinning wonâ€™t be required later. Even the most careful gardeners planting carrots in rows end up having to thin the plants. To avoid the extra chore, the Lowes use planting boards (detailed on their website) to seed all root crops. While this requires more time up front, it pays off later in the season with less weeding and thinning. Parsnips are particularly sensitive to thinning or hard weeding near the root because they have a tendency to form a less uniform root if disturbed, the Lowes say.

If you still need to thin your carrot or parsnip plants after careful planting, Findley suggests culling the weakest-looking seedlings from your rows.Â

“Leave about a 4-centimeter space around each remaining seedling. Repeat the thinning in three to four weeks,â€ť he says.

Weeding and watering are additional considerations. Carrots and celery require a lot of moisture, while parsnips can get by on less. Light mulchingâ€”in the form of a thin layer of grass clippingsâ€”can help keep the ground moist. In order to maintain a sweet, well-formed root, itâ€™s also important to keep the garden well-weeded and in constant moisture, according to the Lowes.

Harvesting
When we begin harvesting Apiaceae vegetables depends on the variety youâ€™re growing.

Parsnips
For parsnips, you might want to wait until after a frost to harvest, as the flavor sweetens after a cold snap. Some gardeners prefer to overwinter parsnips and harvest them in the spring.

Celery
You can begin harvesting celery stalks when they reach 8 to 12 inches long. Crop rotation is vital to reduce risk of soil depletion and the incidence of diseases, such as root-knot nematodes, black rot and powdery mildew. Donâ€™t plant members of the Apiaceae family in the same place you planted them in the previous two years. Rotate locations with other vegetable families, such as cucurbits or nightshades.

Herbs
Harvest herbs like dill and parsley before the plants blossom to encourage growth.

With so many delightful varieties, itâ€™s easy to see why people include members of the exceptional Apiaceae family in their market-garden offerings. So many farmersâ€™ market vendors focus on tomatoes, summer squash and other popular crops. An attractive display of Apiaceae produce can set you apart from other vendors and provide customers with a delightful change of pace.Â

About the Author:Â Samantha Johnson is the author of several books, including The Beginnerâ€™s Guide to Vegetable Gardening, (Voyageur Press, 2013). She raises Welsh Mountain Ponies in northern Wisconsin and enjoys gardening, especially heirloom vegetables.