What’s In Your Wheat Flour?

Flour is one of those ingredients you've always taken for granted, but what’s in your flour could make a big impact on your homemade bread.

The name “all-purpose flour” can be a bit misleading. This standard wheat flour is good for many purposes, but not for all purposes. There are a host of other wheat-flour options from your grocery store and from artisan mills—bread flour, pastry flour, self-rising flour, whole-wheat flour—that anyone who fancies himself a baker should understand. These flours all have a several components that make them appropriate for one item of baked deliciousness but less ideal for another.

Looking at these components individually and learning how they interact can help you, as a home baker, understand the baking process better. The more you know about what goes into your baked goods, the better you can understand how traditional recipes have been developed and the more you can work within recipes to bring out your ingredients’ best.

In selecting your flour for a particular baking endeavor, Louisville, Ky.’s, Artisan Bread School owner Tom Edwards suggests that you ask yourself, “What’s the intent of this loaf of bread? How is it best enjoyed? What flavor am I trying to get?”

As you consider these questions for your next baking project, understand the components of flour so you can make the right ingredient choice.

Bread’s dirty word—gluten—is formed when different types of protein in wheat flour interact with water. The gluten is an elastic structure that traps the gasses formed during the natural fermentation process that makes dough rise, giving bread its lofty texture. It’s the kneading process that binds the proteins together and allows these gluten strands to form.

Historically, the South has grown—and continues to grow—soft red winter wheat, which is lower in protein content. This is why, Edwards says, Southern cooking is known for its quick breads, waffles and other baked goods that don’t require strong, high-protein flours. These flours aren’t designed for high gluten-strand formation. California, on the other hand, grows hard red winter wheat and hard white wheat, which are higher in protein and are good for breads with gluten structure, like sourdough.

Cake flour has the lowest protein content of the wheat flours you’ll find, giving cakes a tender and delicate texture. Durham wheat has the highest protein content and is not used for baked goods, rather for couscous, noodles and pasta. (Semolina—the flour used for making pasta—is the ground endosperm, or middle layer, of durham wheat.)

The bran is the outer covering of a grain that adds fiber and texture to a flour.

“Bran has an amazing ability to retain moisture and create a better leavened product and have a longer shelf life,” Edwards says. On the negative side, Edwards also points out that bran interrupts the bread’s gluten structure because its sharp edges cut gluten strands. This is why bran-heavy breads—think bran muffins—tend to be dense.

Whole-wheat flours, including graham flour and stone-ground flour, are made by grinding the entire kernel of wheat, including the bran. These flours are courser, heavier and will produce a denser baked good than bread flour, all-purpose flour or pastry flour, which do not contain the bran.

Starch: The Bulk of Your Flour

The wheat endosperm, which is the primary component of flour, is mostly made of starch, according to Oregon State University. Starch is, in fact, 70 percent of wheat flour by weight.

Flour’s starches feed the yeast that you add to your yeast breads, producing carbon dioxide, which creates the bubbles in the dough that are trapped by the gluten strands. Starch absorbs water during baking and is responsible for the firmness of bread products.

Cake flour has a high starch content, giving it the silky texture you want in cake batter.

Flour and Then Some

There are straight-wheat flours, which we’ve talked about above, and then there are wheat flours with something extra added in.

While protein, bran and starch are natural components of wheat flour, you might be hard-pressed to find flour that only contains those components. More than 95 percent of flour sold in the U.S. is enriched flour, according to the NAWG.

Enriched flour has vitamins and minerals added to it, both to make the flour a more healthful product and to add back some of the good stuff that’s been lost during the high-heat milling process. “There is no change in taste, texture, color, baking quality or caloric value of enriched flour,” the NAWG states.

This flour isn’t found in every store, and it’s not often found in recipes, though if you do a fair amount of baking, you’ve probably seen it around. Self-rising flour is all-purpose wheat flour with 1/2 teaspoon of salt and 1½ teaspoons of baking powder added per cup of flour. It is self-rising because the leavening agent is already included.

Think ahead to your next baking project and consider what roles protein, starch and bran play in your final product. A little bit of knowledge of these flour elements can give you the confidence to reach past the all-purpose flour and get your hands into the best flour choice for each one of your baked creations. 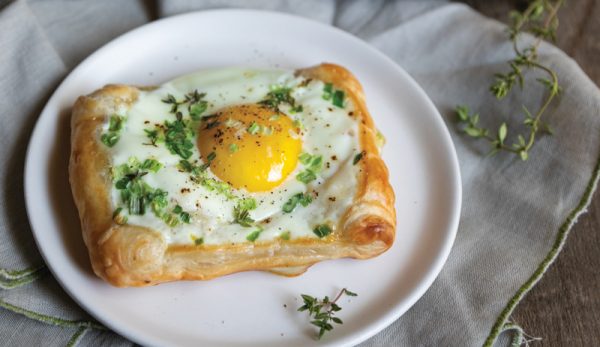 Mud Solutions For Soggy Season On The Farm