An unidentified floating odor around our farm has us scratching our heads to what could be the cause—and we could use your help. 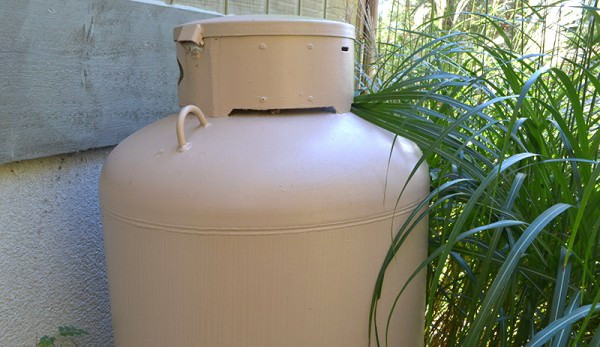 The past month and a half on the farm have been quite a hurricane of events—perhaps not the strength of Hurricane Matthew—but despite the flurry of activitiy, I’m proud to say Mr. B and I are keeping our wits about us. For starters, we finally tied the knot last week, which was a beautiful time of celebration with our friends and family, and included, of course, good food and farm-raised flowers. But as we were preparing for our big day and consolidating our households, it seemed like things on the farm were crumbling around us: The UTV broke down (which Mr. B worked hard and patiently to fix); our geothermal unit had a glitch (thankfully with the worst of summer behind us); and then there was the mysterious smell.

For well over a month now, we’ve been noticing an unpleasant odor that has been dancing around a section of the yard outside of our house. It smells something like garbage or a dead animal, but it drifts from spot to spot and comes and goes. Our noses haven’t lead us to the final resting place of a wildlife critter, so we’ve ruled that out. Plus, the length of time that the odor has been around, the smell should have been long gone if that were the culprit. The smell lingers around the area where our propane tank, septic tank and lagoon reside, though doesn’t seem to specifically be emanating from any one of those either.

Among all the haste of last-minute wedding prep and having geothermal technicians out to the house, it occurred to me that perhaps the smell could actually be coming from the propane tank. A propane leak can be identified by a sulfurous odor that smells not unlike, you guessed it, a dead animal. It sort of made sense, too, because the smell seems to be at its worst between 3 p.m. and 6 p.m., the time of day when the sun hits the side of the house where the propane tank sits.

We did a soapy water test ourselves to check for a leak, but found no indication that we had a problem, so I had a professional out to test it, as well. (We didn’t want to come back from our honeymoon to a house that had exploded and a fried farm sitter.) He gave us good but frustrating news: We don’t have a propane leak.

So the mystery smell continues.

The next trail I’ll sniff out (quite literally) is the septic system. We had some plumbing issues upon moving in that led to us replacing the toilet, so perhaps there’s more work there to uncover. While it doesn’t seem like the smell is coming from the septic tank, it’ll be good to eliminate all the obvious possibilities before digging further into something more obscure.

Is there anything else I may be overlooking here that I should be checking into? I’d love to here feedback from anyone who has experienced problems in their home. Hopefully, soon enough, we’ll crack this case.