The FDA finally concedes to testing foods for glyphosate content. 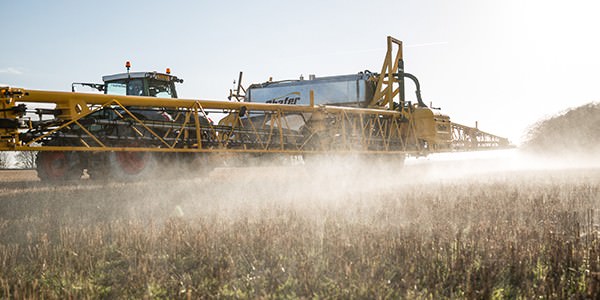 If the world’s most widely used herbicide—glyphosate, the active ingredient in Roundup—is a probable carcinogen, it makes sense that you would want to know how much of this herbicide is in the food you’re eating. This idea finally dawned on the U.S. Food and Drug Administration—the government agency tasked with keeping our food safe—in February 2016. The FDA says that later this year, it will begin testing soybeans, corn, milk, eggs and potentially other foods for glyphosate content.

While it’s nice that we might finally have some insight into the glyphosate content of our foods, the FDA has said nothing about testing for Roundup’s other components, and these other ingredients might be just as harmful to us.

A few years back, the U.S. Government Accountability Office—the independent, nonpartisan agency that keeps an eye on how the government spends tax dollars—called out the FDA for not testing for glyphosate residue. In response, the FDA said performing these tests was too cost- and labor-intensive.

So … it costs too much and takes too much time to make sure hazardous chemicals aren’t making it into our food system?

Maybe now that the FDA is making farmers jump through hoops to meet the Food Safety Modernization Act regulations, it’s realizing that it, too, needs to step up and perform some tricks, as well.

“We are thrilled that the FDA announced today they will begin testing food for glyphosate residues. This shows that citizens, such as the moms who initiated the water, urine, breast milk and food testing, and the thousands of our members who called the EPA, can impact nationwide policy change.”

On the other hand, Monsanto published a blog entry saying:

“We are confident that if FDA does move forward with this testing in a scientifically rigorous way, it will reaffirm the safe use of glyphosate as a vital tool effectively used by farmers, landowners and homeowners around the world.”

Monsanto’s blog entry goes on to point out:

“In 2013, the EPA found that all glyphosate exposures through food and water sources were no more than 13 percent of the ADI.”

ADI is the Acceptable Daily Intake, which is the amount of pesticide a person could consume over a lifetime without an unacceptable health risk, as set by the U.S. Environmental Protection Agency.

What You Didn’t Know About Glyphosate

While we’re talking about the chemical that loves to be hated, here are a few more items of interest you might like to know: