When A Good Broody Hen Becomes A Moody Mama

Just because your broody hen likes to set doesn’t mean she’s meant to be a mama. 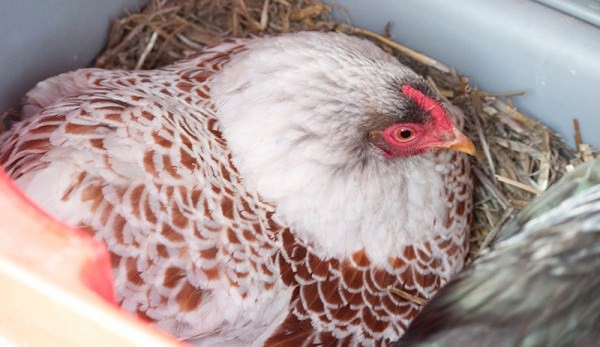 Some chicken breeds are natural setters. These are breeds whose females are likely to feel the instinct to sit on a clutch of eggs and hatch baby chicks. Unfortunately, the broody instinct to set doesn’t indicate an equal instinct to mother. Even among the breeds we expect to be good moms, some mother hens aren’t made for parenting.

A first-time mother hen is in danger of injuring or killing her babies, especially if her first-hatched is the first chick she’s ever seen. Whether the chicks hatch from her own fertilized eggs or from fertilized eggs you’ve purchased to hatch under your broodiest hen, the risk is the same.

Hatching eggs directly under a chicken should not be considered so safe and natural that she can do the job all on her own. While her instinct will guide her, hatching eggs under your hen requires that you work as midwife and nurse until every chicken is part of one flock. This is a weeks- and months-long commitment, as is any addition to an existing flock. While chickens are domesticated, always respect that your birds still inhabit a certain amount of unpredictability like all animals do. Here are some tips to keep your new brood safe from a moody mama:

Move the chicks to a brooder.

When a broody hen is waiting for her eggs to hatch, she should already be in a brooding pen, isolated from the rest of the flock. But, if this is her first time becoming a mother, have another separate brooder with a heat source ready when her chicks are due. As the chicks hatch, remove them one by one to the safety of the brooder. Baby chicks can spook a new mother hen off the rest of her eggs. Moving chicks to a brooder will ensure that the broody hen stays focused on her job keeping the remaining eggs warm.

If a mother hen pecks or injures one of her chicks, isolate the baby immediately. The mother hen could continue to hurt the injured or bloodied chick if it’s not removed, or she could even kill the injured chick intentionally. The baby should also be kept away from other chicks, or if that’s not possible, monitored for bullying by the other chicks. An injured chick should never be introduced back to the mother until she is fully healed and is as strong as her siblings.

If you removed chicks from their mother as they hatched, introduce them back to her one by one after they’ve all hatched to ensure that she will accept each of them without violence. Give them a little time to get to know each other before introducing the next chick.

If a new or veteran mother hen is gently brooding over her chicks as they hatch, keeping them war and caring for them properly, leave the chicks in her care, but check in on them often to be sure everyone is thriving. While Mom might be doing well, basic healthcare is still your responsibility.

It’s possible that some chicks might never be safe with the mother that hatches them. If she is truly unfit, it will be necessary to raise the chicks in a brooder until they’re ready to go outside. Introducing them to the existing flock, even if a flock member hatched them, should be slow and controlled with your supervision, just as if you’d ordered day-old chicks through the mail. The chickens and chicks will be strangers, and the hens can and will attempt to protect their status within their established social order.

One day your broody hen might learn to be a good mother, but it could take some learning and life experience. Note that poor mothering within your chicken coop is never a reason for physical punishment or abuse of any kind. Raise the babies yourself until they’re autonomous teenage chickens, ready to earn their place the pecking order under your guidance.