When Avian Influenza Affects Your Community

Highly pathogenic avian influenza (HPAI) is on the move in the U.S., so chicken-keepers should stay vigilant and informed. Here's what to know. 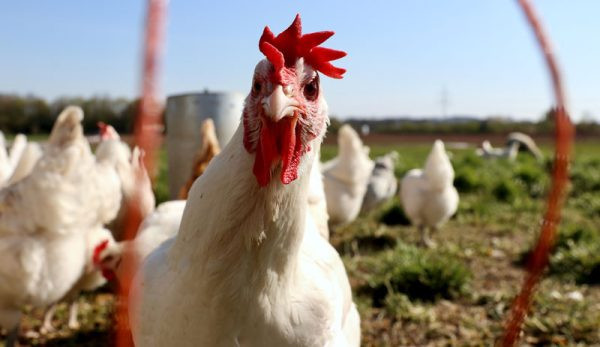 My phone conveyed a panicked message from my friend Carrie last Tuesday morning. ŌĆ£I keep getting info from our health department about avian influenza. I am freaking out! Can I even keep my hens?ŌĆØ

I had no idea what Carrie was talking about. I am usually on top of things when it comes to poultry-industry announcements. But it was very early in the morning and I hadnŌĆÖt had a chance to look at any notifications or emails since before the weekend.

I quickly fired off a text to one of my university contacts, asking if heŌĆÖd heard about anything poultry-related going on in Nebraska. IŌĆÖd just begun writing a reassuring response to Carrie when a reply text arrived: CHECK APHIS!

APHISŌĆöthe Animal and Plant Health Inspection ServiceŌĆöis run by the US Department of Agriculture (USDA). It is one of the most reliable sources in the country for backyard-flock and livestock biosecurity. Sure enough, the top news story item filled me in immediately: USDA Confirms Highly Pathogenic Avian Influenza [HPAI] in a Non-Commercial Backyard Flock (Non-Poultry) in Nebraska.

Fortunately for CarrieŌĆöand for her beloved hensŌĆöthe infected flock was located in Merrick County, more than an hour east of her location. The State of Nebraska sent out mass notifications across the entire state, however, informing the public about the HPAI outbreak.

This was indeed the correct and required action for the state to take. But the notice unfortunately seems to have badly frightened backyard chicken owners.

Carrie, normally a very level-headed individual, was absolutely unnerved that her hens might contract or carry the illness despite her having raised them in a contained environment from the moment they hatched. I in turn expressed my concern that other poultry owners might have panicked and euthanized their birds instead of seeking more information.

Read more: Basic biosecurity can do a lot to protect your flock against the avian influenza outbreak.

HPAI on the Move

Sadly, Nebraska is not the only state whose flocks have been affected by HPAI. Through the APHIS National Veterinary Services Laboratory in Ames, IA, the USDA to date has confirmed the presence of HPAI in both backyard and commercial chicken flocks in Delaware, Iowa, Kansas, Maryland, Missouri and Wisconsin and in commercial turkey flocks in Indiana, Iowa, Missouri and South Dakota.

What Does This Mean for the Infected Flocks?

HPAI rips through a flock so swiftly that the key clinical sign for the disease is dead birds. Other signs include:

The only means of eradicating the disease once confirmed in a flock is to euthanize the flock.

The USDA has teamed with animal health officials in each affected state to quarantine the affected premises and euthanize the flocks in an effort to prevent the spread of HPAI. In addition, the USDA and state officials are conducting surveillance and testing of backyard and commercial flocks and migratory-bird populations around the affected areas.

Read more: Chicken euthanasia can be heartbreaking, but here are some tips for helping your bird pass on.

What Does This Mean for My Chickens?

For the vast majority of backyard flock owners, a state-issued notification regarding HPAI serves as a reminder to practice biosecurity. The APHIS web site has a page devoted to backyard biosecurity for flock owners as well as a downloadable pamphlet.

Three of their main tips include:

What Does This Mean for Me?

Other than perhaps a little anxiety, most likely not much. The USDA carefully disposes of the bodies of all depopulated birds, typically by incineration. So there is no worry that their infected meat or eggs will enter the human food system.

As for the virus jumping from bird to human, there is no cause for concern. The USDA clearly notes that not one human case of HPAI has ever been detected in the U.S. Furthermore, according to Dr. Fulton, avian influenza may simply cause conjunctivitis (pink eye) in humans.

Should your flock be one of the ones with confirmed HPAI, the loss of your birds is regrettable but inevitable. One comfort is that APHIS features an indemnity and compensation program to flock owners whose animals were euthanized to prevent the spread of HPAI.

What Exactly is HPAI?

The disease affects all commercial poultry, although waterfowl such as ducks and geese seem to resist the disease and instead become carriers of the virus. The U.S. has an extremely advanced AI surveillance program, working with both state officials as well as international organizations such as the World Organization for Animal Health (OIE)┬Āto limit animal products in defined areas that pose a risk of contagion.

I did my best to calm Carrie down and reassure her that she had no need for concern regarding HPAI and her beloved layers. I am still concerned about those chickens in danger of being unnecessarily euthanized by their owners. This article, I hope, will help educate and prevent the unnecessary slaughter of backyard flocks.

Naturally, I am concerned about the HPAI outbreak and how swiftly it is spreading across the U.S. Keep up to date with the map and search feature on this interactive APHIS page. You can also find a list of APHIS-confirmed HPAI cases here.

And, should you receive notification of an HPAI outbreak in your state, know that you have resources available to you online before you take any action with your flock.