When molting season arrives, feathers drop as your chickens focus on growing new ones. Here's what's happening and what you can expect. 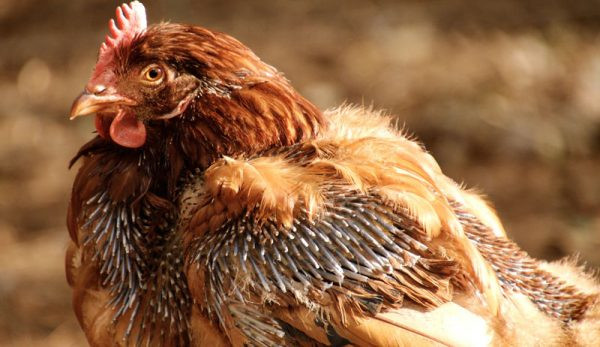 It’s that time of year, as the blanket of feathers all over your coop and the lack of eggs undoubtedly indicate. It’s molting time for your chickens, that annual biological event that affects all birds, wild and domestic.

Those new to chicken-keeping often become alarmed at the sight of their scraggly hens. They can resemble porcupines more than poultry. Every autumn, I receive messages from anxious owners worried that their birds have somehow contracted some dreadful illness. On several occasions, I’ve sadly had to inform distraught flock keepers that they culled their birds for no reason.

Molting, however, is a perfectly natural event in the life of chickens. It is also necessary for our chickens to maintain their health. Much more than regrowing feathers occurs during this physiological event.

These six key points will teach you more about molting.

The Science Behind Molting

Shedding feathers is a bird’s natural response to the shortening of days every autumn. The decreasing daylight triggers a casting off of the previous year’s bedraggled feathers and regrowth of fresh new ones.

Producing new plumage requires immense stores of both protein for feather building and energy to fuel this construction. So it’s vital to offer your flock a balanced, nutritious feed year round.

This way, your chickens can build up these reserves in preparation for molting.

Read more: Give your chickens some extra love when they’re molting. Here are some ideas.

A molting flock focuses all of its energy on regrowing new feathers. So it’s crucial to ensure that your birds remain stress-free during this time period.

Avoid introducing new birds while your chickens are in molt. Similarly, do not make any modifications to your coop at this time.

Stay on top of such issues as sanitation and predation prevention issues. And minimize any controllable condition that may cause your molting chickens stress. You may also want to consider a supplement such as sunflower kernels and mealworms to provide your hens with additional protein as they molt.

By giving your flock some extra TLC, your hens will be able to better endure this taxing time period.

The Sequence of Molting

Since chickens can lose feathers due to in-fighting, stress and other factors, sometimes we don’t even recognize a molt until our girls suddenly resemble hedgehogs. Keen observation, however, reveals that a sequence to molting actually exists.

The time period between the loss of head feathers and the loss of tail feathers can be anywhere between hours and weeks. This can make it difficult to discern the molting sequence.

Read more: Check out this guide to different kinds of chicken plumage!

Some birds will not experience their first molt until a year or so after they lay their first egg.

Other hens will begin to molt after only a couple of months in lay. These early molters tend to drop just a few feathers at a time, dragging the molting process out for months. As a result, they look lovely but are poor layers, since their egg-production energy is diverted towards feather regrowth for a half a year or longer.

Late molters, however, hold on to their feathers for a longer time frame, then drop them seemingly simultaneously. Because of this, they look rough and scraggly but also produce more eggs for a longer period of time. Late molters are often called hard molters because of the way they appear to drop their plumage all at once. Early molters are commonly referred to as soft molters.

Again, breed doesn’t always determine whether a hen will molt early or late. Our Orpington and Ameraucana girls undergo hard molts and are our best layers. But my friend Myra’s Orpingtons are soft molters, and her Leghorns molt late.

A Halt to Eggs

Because a chicken fully focuses on feather regrowth, the energy required for egg production gets redirected to this endeavor. And this brings the laying of eggs to a halt.

Since molting occurs during the time of year when daylight decreases, and since it can last anywhere from a few weeks to a few months, molting usually signals the end of egg production for the year.

Occasionally a hen may recover from her molt in time to lay a last few eggs before winter. But it’s far more common for her to completely halt production until she comes into lay next spring.

Since molting season usually signifies an end to egg production for the year, it also begins a period of rest and rejuvenation for your chickens. Just as regrowing feathers takes a great deal of protein and energy, laying eggs for months on end also takes a toll on laying hens.

Even the best-fed chickens will draw upon their own protein and calcium storesâ€”from their feathers and skeletal structureâ€”to assist in egg production.

When molting begins, egg laying ends. This allows hens to focus on regrowing their feathers and resting their reproductive system. It’s therefore vital to continue providing your flock with a high-quality feed over the winter months. The nutrients in these rations will allow your hens to fully nourish their bodies and regain their health without having to expend energy in either egg laying or feather growing.