When Is The Best Time For Weaning Lambs?

When is the right time for weaning lambs? The answer depends a lot on your farm conditions and what you, as a shepherd, can do to keep stress low. 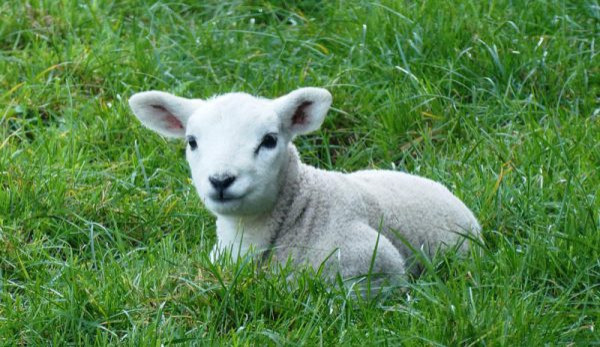 When is the best time for weaning lambs? That’s the age-old question for relatively new sheep owners, isn’t it? Well, at least it’s an age-old question for me. As in most aspects of keeping sheep, I want to do whatever I need to, with as little stress to the animals as possible.

So when to wean? I think the only right answer is, āIt depends.ā

Your Farm, Your Lambs

Looking at the website for the Penn State Extension office, lambs should be at least 45 lbs and at least 60 days old before you try to wean them. According to a National Animal Health Monitoring System (NAHMS) survey, the average is about 4 months.

But really the best time to wean depends on a lot of conditions, most of them unique to your farm. Here are a few questions to ask yourself:

Also, lambs should drink plenty of cool, clean water at this point.

Although some lambs do wean earlier than 60 days, it’s generally not recommended.

At the other end of the spectrum, some lambs wean naturally and stay with their mothers for six months or more. One problem scenario with this option: You have an intact ram lamb who may be old enough to breed at 6 months. If you have only ewe and wether lambs, though, that shouldnāt present a huge problem. And this approach to weaning does reduce stress to all the lambs involved.

One thing to know: weaning bottle lambs is a very different story. In general, you want to get them off the lamb milk replacer when they are about 40 lbs and anywhere from 30 to 42 days.

Before you attempt to wean your lambs, they should have received any vaccines, such as their CDT vaccine, in order to keep stress down on that front. Another way of preparing the ewe/lamb duo for separation is to stop (or sharply cut down) on grain for the ewes so their milk will diminish.

Iāve also read it’s not a bad idea to give them less nutritious hay. I feed my lambs and ewes hay together, though, so I’ll start that after I separate everyone.

My lambs were born mid-April, and I will separate them in the first week of August. By then, I should see the ewes getting pretty tired of the lambs trying to nurse. And, honestly, by then lambs won’t receive much of their nutrition from the ewe.

One thing I have been told is to move the ewes to a new pasture and leave the lambs where they are. This can decrease the stress on the lambs tremendously.

Youāll likely hear some really sad cries for a day or two. But, really, life after that seems to go on as usual for all the sheep on our small farm.