The chicks are almost 6 weeks old. They don’t know much more than how to eat, drink, forage and fly, and they approach mere acquaintances with too much familiarity. They lack social graces and respect for their elders, which the older hens won’t hesitate to teach. The chicks are still not allowed to free-range like […] 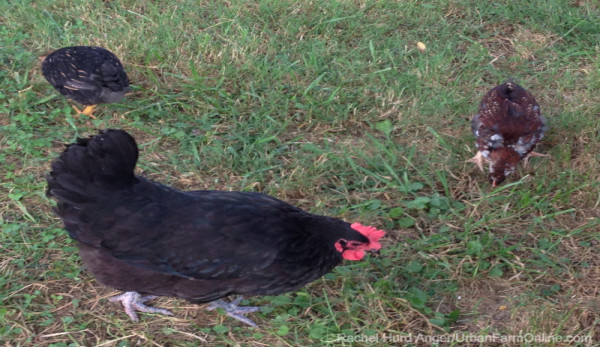 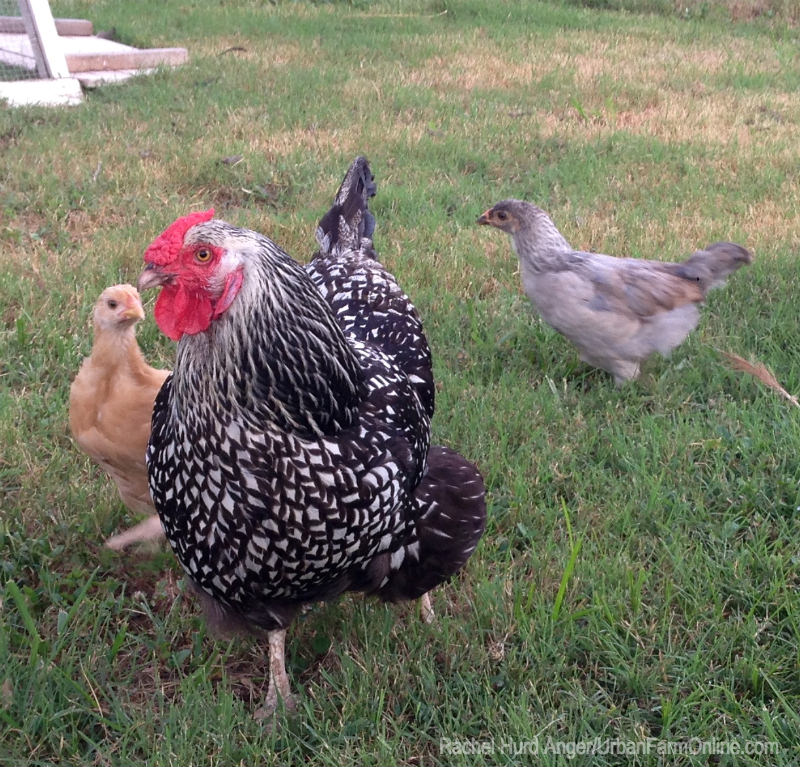 The chicks are almost 6 weeks old. They don’t know much more than how to eat, drink, forage and fly, and they approach mere acquaintances with too much familiarity. They lack social graces and respect for their elders, which the older hens won’t hesitate to teach.

The chicks are still not allowed to free-range like the hens. They need more protection because they haven’t learned about the dangers lurking above. The hawk hasn’t visited in a week, but if he did stop by again, the young girls wouldn’t sense the urgency, know where to hide or how to warn others. My first flock had to learn these things by their own wits. The chicks will learn some lessons on their own and others from their hen mentors.

Soon, they’ll be teenaged chickens, with all the attitude that comes with growing sexually mature. The chicks are beginning to negotiate their pecking order, strutting their stuff, flying and chasing now that they’re feathered out. Butterscotch, the Golden Laced Wyandotte, has taken charge of the feed bowl. She stands in the center of it, rationing the goods to others.

The old hens seem to be less surprised that other chickens exist than they were before. Consistent presence in the coop next door has taken care of that. The chicks are the hens’ acquaintances because they see each other around. As a whole, the bugs they eat are probably related. And, they all know me, of course.

Because they have so much in common, it was about time they become friends.

The Speckled Sussex flew the coop while I changed the chicks’ water the other day, landing 3 feet from Helen the Australorp. Helen didn’t react. The time was right to let the two flocks mix, so I let out the other chicks. 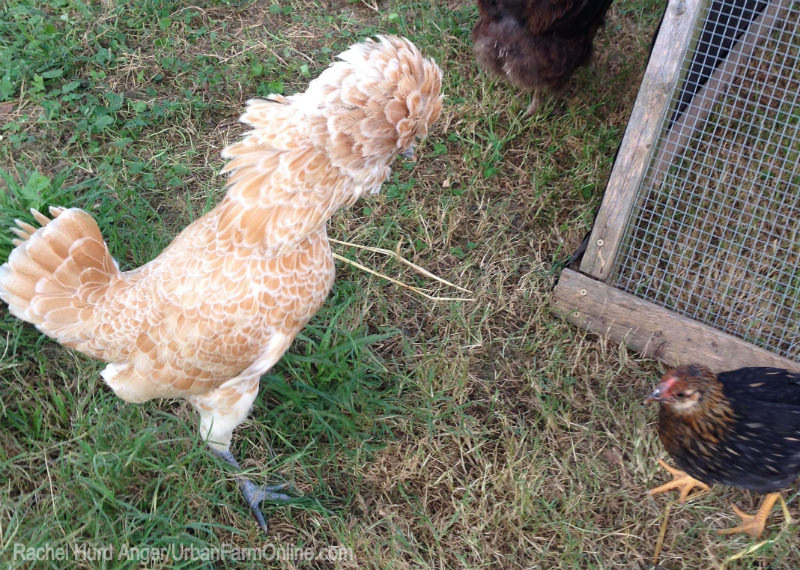 The young chicks tended to stick together. When one wandered off alone to explore the hens, that’s when the hens felt comfortable asserting dominance.

The Polish, who attempted to attack one of the chicks last week, postured herself in a show of dominance when a chick got too close. When one didn’t invade her personal space, she followed, keeping an eye out for trouble.

The Golden Wyandotte chick has an affinity for the Silver Wyandotte hen. The little one followed her everywhere. Butterscotch, who controls the food rations for her chick sisters, was offended when the hen helped herself to the chick feed. Butterscotch tried to take her post in the center of the bowl, but Pauline asserted herself, crooking her neck and puffing her feathers until Butterscotch backed off.

If the get-together was a party, the chick feed was the punch bowl, and the chicks were looking for love in all the wrong places. Everyone went home early.

The complexity of chickens’ social order is what I enjoy the most about raising the birds. They assign, acquire and negotiate, doing it all through behaviors and body language. 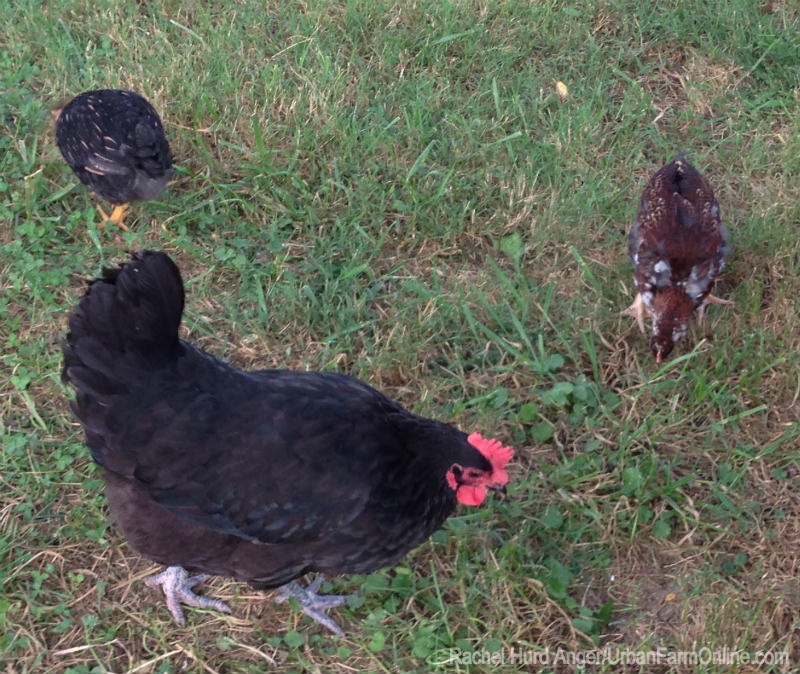 The chicks establishing their pecking order could be called useless, except that it’s good practice. A more complex social structure awaits them in the established flock. And the hens, now more curious than cautious about their new flock mates, might not realize that as the chicks grow to hens, their order will be bumped around, too.

Every chicken’s role is up for grabs.