Which Chick Is Which?

When your spring chicks arrive from the hatchery, take these steps to identify them correctly. 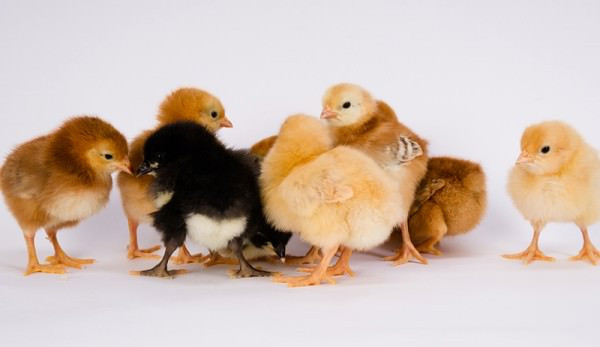 Even though we already know whatās inside the sturdy shipping box, opening the lid and revealing the tiny chirping lives inside is more exciting than opening any gift. After determining that the chicks have arrived safely, inspecting for pasty butt, and introducing them to heat, water and feed, the question we ask (as the immediacy wanes) is, āOK, which oneās which?ā

Iām not sure why weāre so intent on identifying which chick belongs to which breed. Maybe itās the human need to classify all the things! A reader has asked, āRecently, I purchased three Black Sex Link chicks and a Black Australorp chick. Is there any way of telling them apart?ā

If your chick order includes a handful of different breeds, learn as much about each of their physical characteristics as possible. Are the chicks known to be short and round, or tall and thin? Is one breed a different color than its opposite sex? Does a breed have patterns or color variations in its fuzz?

Compare Them To Photos

Thousands of chick and chicken photos are available online for comparison. However, a photo of an Australorp you find online might look a lot different than your Australorp. Why? If yours and the internet-famed came from different hatcheries, their genetic makeups are naturally more diverse, leading to more variety in physical characteristics. Your best bet is to compare your chicks or chickens to photos from the hatchery where you purchased your new flock.

When I ordered my most recent batch of chicks, I resized photos from My Pet Chicken (where my flock originated), and then I pasted chick photo next to the hen photo for each breed on a blank document, printed them out and put them on my fridge. This made for simple comparison the day my chicks arrived.

With dozens of chicken breeds to choose from, in many different colors to boot, ordering a diverse flock is easy to do. If theyāre diverse enough, youāll know which is which the moment you pry open the shipping box.

If your chickens came from a feed store, the people working might not know for sure what theyāre selling. And, they can also be very wrong. One of my friends picked up five female Red Stars (a sex link) at a feed storeāor so she was told. Sex links are hybrids of two combined breeds that produce females of one color and males of another color. Having had a Red Star myself, I guessed that she actually had Rhode Island Reds based on their deeper feather color. As time passed, it was clear she didnāt have sex links because three of them were roosters.

To answer the readerās question, a Black Sex Link female chick is completely black, but an Australorp female chick is black on the top with a buff color on her neck, chest and bottom. The Australorp will feather out with black iridescent feathers, and the Black Sex Link will be black but with brown neck/hackle feathers. The difference between them should be obvious from the start. If not, the reader probably doesnāt have the breeds he thought. However, as long as they grow into the healthy egg layers he expects, their actual heritage isnāt really that important.