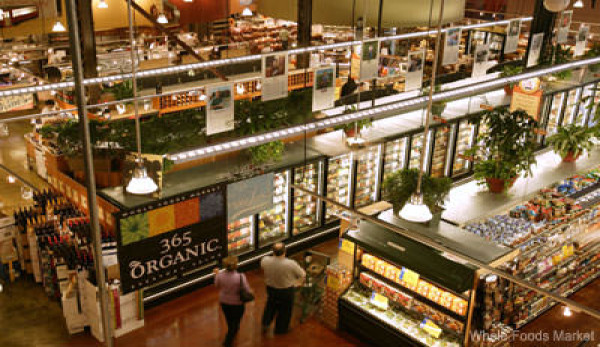 In what might be the biggest move in the GMO-labeling movement to date, organic and natural foods grocer Whole Foods recently announced that it will require that all products in their U.S. and Canada stores containing genetically modified ingredients be labeled as such starting in 2018.

Although Whole Foods executives are still preparing a plan for enforcing the labeling standard among their suppliers, farmers and supplier education will play a big part in making this move.

“WeŌĆÖve already worked with several suppliers to transfer them onto non-GMO ingredients,ŌĆØ says Kate Lowery, a spokesperson for Whole Foods Market. “The kind of help weŌĆÖve given them is to locate sources for non-GMO ingredients, but since there isnŌĆÖt a lot of that farming happening, weŌĆÖre going to do more to encourage non-GMO agriculture.ŌĆØ

According to the World Health Organization, genetically modified organisms, or GMOs, are plants or animals created through genetic manipulation, in which DNA from different species can be merged together to create new varieties of plant or animals that do not occur in nature.┬ĀNational Organic Program┬Āstandards prohibit the intentional use of seed in certified-organic crop production and require the use of organic feed in meat production. While GMO crops have been deemed by proponents to be the solution to world hunger and safe for consumers, the Center for Food Safety reports that a number of studies have linked GMOs to health risks, including toxicity, allergies, antibiotic resistance, immune-suppression and cancer.

It appears that meat and packaged “center-of-the-storeŌĆØ products will be Whole FoodsŌĆÖ focus during the transition. While Whole Foods carries both organically and conventionally grown produce, very few GMO fruits and vegetables have been approved for sales by the Food and Drug Administration, Lowery says. Instead, GMO crops are used in animal feed and packaged-food additives, such as high-fructose corn syrup, so Whole FoodsŌĆÖ challenge will lie in ensuring these ingredients are properly labeled. In the coming years, the grocer will work with suppliers to determine what that label will look like.

“We think a lot of our suppliers are going to transfer to non-GMO [as a result of the labeling requirement],ŌĆØ Lowery says. “Twenty percent have already transferred in the past several years.ŌĆØ

Currently, Whole Foods boasts 3,300 products from 250 brands verified by the Non-GMO Project, a third-party verification and labeling organization for non-GMO food and products, more than any other grocery in North America. Whole FoodsŌĆÖ decision to begin labeling GMO products emerged from an ongoing national conversation, propelled by advocacy groups, such as Organic Voices, which spearheaded the Just Label It campaign, and individual states, such as Washington, that are considering their own GMO mandate laws. It is also a response to their customersŌĆÖ desire for more transparency.

“This is just something that our customers have been clear about wanting,ŌĆØ Lowery says. “They consider [GMO] an ingredient, and they want to see that ingredient on the label.ŌĆØ

Seven Whole Foods stores in the U.K. already label their GMO products as a result of national guidelines.

Read article for more about food-product labels: 16 Food Labels and What They Mean