The grocery chain has teamed up with Imperfect to start selling the imperfect produce at a discount. 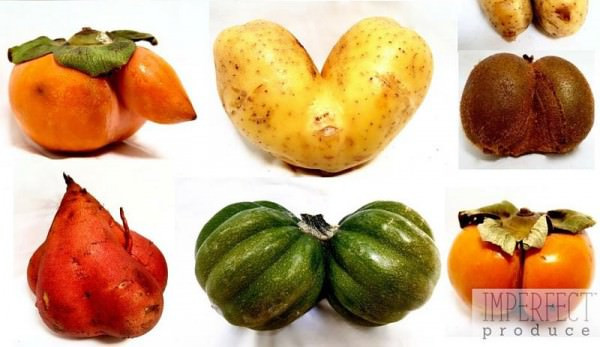 Whole Foods Market has followed grocer Giant Eagle’s lead as the only U.S.-based supermarket chains selling imperfect produce. Following a 2015 petition to sell the produce with imperfections, Whole Foods was connected with Imperfect, a home-delivery grocer that helps reduce food waste by feeding people fruits and vegetables with blemishes. The two companies have been working together since October to sell the inglorious fruits and vegetables, Food Tank reports.

“We are still in the very early stages of the conversation,” a Whole Foods spokesperson told NPR. “We continue to explore new ways to move toward zero waste.”

Imperfect had a brief pilot partnership with Raley’s, an upscale grocery chain in Nevada and California. Ben Simon, Imperfect CEO, told Food Tank, “We learned that [the pilot] led to an overall increase in sales for the products we were selling. For example, we sold conventional pears and Raley’s saw increased revenue overall on pears. We see it as a success story in that regard. Raley’s is going through some transitions as a company, and the person spearheading the program recently moved on, which caused momentum on the pilot to halt. We applaud Raley’s as a pioneer for taking this bold step to be the first to pilot selling ugly produce in retail.”

Now, Imperfect is focusing on the partnership with Whole Foods.

“We can’t think of a better partner to launch this with,” Simon told NPR. The ugly produce trend has taken off across the world, and our fingers are crossed that U.S. consumers will be just as excited.”

Giant Eagle spokesperson Daniel Donovan told NPR, “Whether you call them surplus, excess, seconds or just plain ugly, these are fruits and vegetables that may face rejection because they’re not considered perfect-looking. But it’s the taste that matters.”

Do you think people will be willing to purchase inglorious fruits and vegetables in the U.S.?