Believe it or not, blood in an egg isn't uncommon, nor is it a sign of trouble. Rather, blood can show up in or on an egg for a few, very normal reasons. 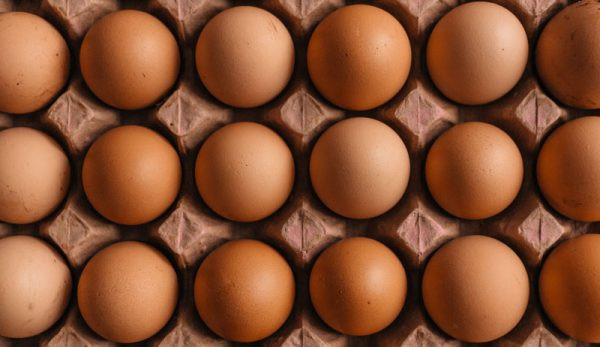 Homegrown eggs can be a lot like Halloween. There are tricksâ€”tiny “wind eggs” containing nothing but watery whites. And there are treatsâ€”larger-than-usual eggs yielding two luscious yolks instead of one. Depending on diet, hens can lay yolks so deeply orange that they rival the color of pumpkins.

And then there are those times when what’s inside the eggshell sends shivers down your spine.

My friend Kama experienced one of these occasions a couple of weeks ago. I can only imagine the shock she must have felt.

Kama was frying up breakfast for her family when she noticed something in the frying pan other than eggs: a significant amount of blood. Kama has been keeping hens for years now. But this was the first time she encountered blood in an egg, and she was understandably alarmed.

What Is a Blood Spot?

What my friend did not know (and what many egg-eating Americans do not realize) is that blood spots are quite common. These most frequently appear as semi-firm dark spots about 2mm in diameter. They may also appear as streaks or splashes of blood.

Finding a blood spot in your egg does not indicate fertility … or infertility, for that matter. Blood spots simply mean that a blood vessel burst during the formation of the egg.

Read more: Eggs are truly a wonder of science. Here are 7 scientific facts you want to check out!

How Do Blood Spots Form?

Blood spots typically form in the early stages of egg production. A hen’s ovary releases the yolk, which then travels down the oviduct. As the yolk travels, the remaining partsâ€”the white, membranes, and shellâ€”assemble to create the whole egg.

Should a blood vessel burst during any stage of production, blood may end up in or on the egg.

Blood streaks on an eggshell indicate that a blood vessel burst during the final stages of production, usually as the bird actually lays the egg. This is more common amongst pullets, whose vents are not yet accustomed to passing an egg.

When a blood vessel bursts in the ovary, the blood spot appears on the yolk as no other parts of the egg are yet formed. Blood in the white indicates that the burst blood vessel was located in the oviduct.

Why Did My Chicken’s Blood Vessel Burst?

A blood vessel can burst for a number of reasons. Most frequently, this occurs with pullets who have recently reached point-of-lay. Their bodies haven’t yet adjusted to laying. The passing of an egg can cause both mental and physical stress for these young birds, resulting in the rupture.

The same holds true for older hens whose bodies produce perhaps one egg every week or so. Their bodies are no longer accustomed to regular production.

Blood spots can occur at any age hen, however. To minimize the possibility of blood spots in eggs, ensure that your flock has proper housing, a balanced diet for layers, plentiful water, and room to roam and explore.

Commercial eggs sold at supermarkets must by law be properly scanned, or candled, to separate out reject eggs: those that are fertilized, those that are malformed, and those containing blood spots.

If the egg contains a tiny blood spotâ€”less than a millimeter in sizeâ€”it may pass through undetected. Most blood spots, however, are easily identified.

Eggs sold by backyard and small-flock owners (or by farm co-ops or feed stores) do not have the scanning capabilities as commercial egg farms do. So blood spots are much more common in farm-fresh eggs, especially amongst brown eggs, where the color of the shell makes detection even trickier.

What Should I Do If My Egg Has a Blood Spot?

Believe it or not, blood spots do not contaminate an egg. Since most blood spots are minuscule and ride on the surface of an egg, they can be easily removed with a sharp knife and the egg prepared as usual.

If you find blood streaks or splashes, such as in Kama’s egg, you can just rinsed them off. Although it’s understable if you want to simply throw out the egg and start over from scratch.

A rule of thumb I have followed for years now: When a recipe calls for eggs, crack the eggs in a separate bowl. This way, if there I run across blood streaks, I don’t contaminate the ingredients already assembled.

Kama was lucky that she was simply frying eggs and not baking a cake. Using a separate bowl might present a bit of a hassle, but better that than having to throw out a lot more than a bloody egg.