Mom once portrayed a mixed-blood Ojibwe-French lady called Susanne Bouche when working at the Minnesota Historical Society. One of the things Susanne did was gather wild plants for food and medicine. Mom loved that part! 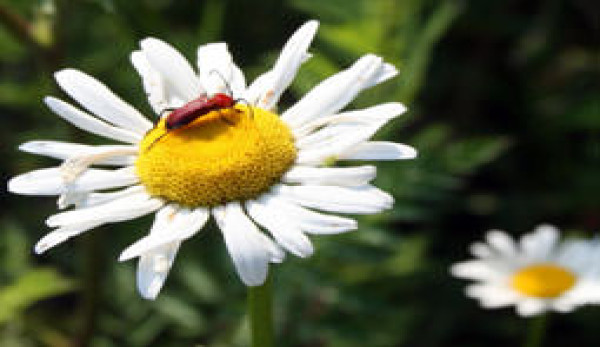 My apologies for being a day late on my post this week. I had a fun (albeit hot) Memorial Day! Hope yours was good, too!

Anyway, a long, long time ago, before we goats came along, Mom worked for an organization called the Minnesota Historical Society. They maintain historical sites all over the state of Minnesota, including one near Pine City, where Mom and Dad once lived. The reconstructed North West Company Fur Post is where a North West Fur Company trader and owner, John Sayer, and his workers lived during the winter of 1804 to 1805. Modern-day interpreters dress up like Mr. Sayer’s workers and pretend they’re living in the fall of 1804. Mom portrayed a mixed-blood Ojibwe-French lady called Susanne Bouche. One of the things Susanne did was gather wild plants for food and medicine. Mom loved that part!

Now, one of Mom’s favorite hobbies is identifying and collecting wild plants. She and Dad eat some and use others for cool things like hair rinse, salve and simple herbal medicines. If you want to, you could do it, too.

Then if you’re going to make plants into herbal medicines, you need a reliable guide, like The Herb Book, by John Lust, which lists them by both their common and Latin names. This is because more than one plant may be called lungwort and some could be poisonous while others aren’t, but there is only one lungwort known as Pulmonaria officinalis.

Warning: Before you ingest any plant in any way, be very very sure you know what it is. A very helpful herb called yarrow, for instance, looks a lot like water hemlock, a deadly poison. If in doubt, don’t put it in your mouth!

And know how to properly use the plants you gather. This is where a reliable guidebook, like The Herb Book, comes in. Mom learned this the hard way. One of the first herbs she gathered was blue vervain, an herb sometimes used for colds. She identified it with her Tory Peterson guide and then looked it up in an herb book from the library. The book said to sip a half-cup periodically through the day. So Mom brewed a jar of blue vervain infusion (that’s an herbal word for strong tea) and drank a half cup. Two hours later she drank another half cup. When she drank the third half cup she knew she was in trouble. Oh, terrible nausea, then up it all came. Later, when she bought The Herb Book, she learned that blue vervain in large amounts is an emetic (an herb that makes you throw up) and that the proper dosage is two to three teaspoons, six times a day. The first author meant to sip one-half cup of blue vervain over the course of a day, but she didn’t say that. Poor Mom!¬†¬†¬†