Diminishing populations of ramps in the wild means we all need to do our part to protect them in our forests and gardens. 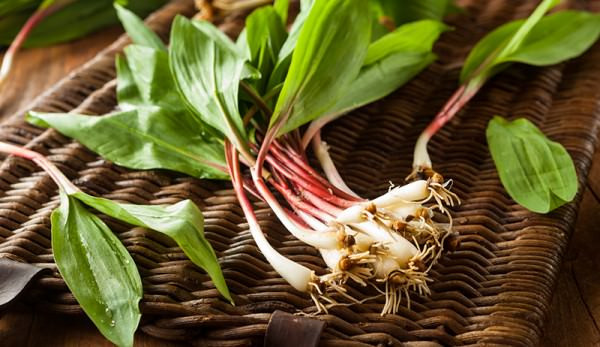 Most everyone these days has heard of a plant called ramps (Allium tricoccum), due to their popularity on internet and on upscale restaurant menus. Ramps have even been added to Slow Food‚Äôs Ark of Taste because of their value in our cultural heritage and their diminishing presence in the wild.

When the farm-to-table movement began, ramps were one of the first foods that were popularized as a foraged-food hit. Folks on the eastern side of the U.S., from South Carolina to Canada, had long known about this wild member of the onion family. Unfortunately, when it was more of a secret, those families who lived close to the land were usually careful to preserve the forest stands. Before it became part of the mainstream food culture, the threat to ramps was mainly from loss of habitat.

These days, it is not uncommon to come upon a place in the forest where a patch of ramps has been pillaged. The plant takes five to seven years to mature to the point of developing seed. This means that if a patch is over-harvested, it can take up to 100 years in some instances to recover. Many of our national parks are initiating restrictions and bans on the harvest of ramps, and that is a good thing.

Do Your Part For Ramps

What can we do when a delicious or useful plant is threatened? We can plant our own! More and more nurseries are producing seeds and bare root plants. Be careful and buy from reputable growers only. After looking through a handful of them, Prairie Moon Nursery in Minnesota appears to be a great example of a nursery selling ramps with preservation in mind.

If you have access to your own woods and plenty of ramps, harvest only a few here and there. Be sure to pick only a few of the large specimens, and mix your harvest up with smaller plants. In the fall, go back and plant the seed if you‚Äôd like to lend a helping hand.

Ramps truly are delicious and are being studied for a number of health benefits. A surge of interest in ramps that rivals that of the foodie movement may arise if science confirms what the Native Americans knew all along: Like other members of the onion family, ramps can used for heart and circulatory health. Think garlic in a milder form.

Watch Out For Impostors

When foraging, be sure that you are collecting what you intend. Ramps have quite a few look-alikes. The true ramp will have a lily-like green leaf that tapers down to a purple tinged base. It is often confused with the following:

Lily of the Valley (Convallaria majalis)

This colony plant spreads by way of an underground network of rhizomes. The leaves are lily-like and stand upright. There is no color in the ribs and veins of the leaves. The white, bell-shaped flowers appear shortly after the leaves have emerged. The leaves give off a distinct flower-smell when disturbed. Lily of the valley has a toxic effect that will disrupt the proper rhythm of your heart, much like foxgloves.

The leaves of skunk cabbage are more extensively veined than the leaves of plants in the onion family. Instead of a bulb, it has a fibrous root structure. Very early in the spring this plant sends up a maroon flower that is said to stink‚Äîthus its common name. This look-alike isn‚Äôt deadly, but you certainly won‚Äôt feel very well!

The leaves of this plant are arranged in a spiral at the ground level and are heavily veined in closely spaced lines from petrol to tip. While beautiful, this one is can be a deadly mistake if you eat it.

There are many ways to have our ramps and eat them, too, but we need to be careful when we forage for both our sakes and theirs!