Will GMOs Get Labeled Already?!

It's only February, and we have a national GMO labeling bill on the table. 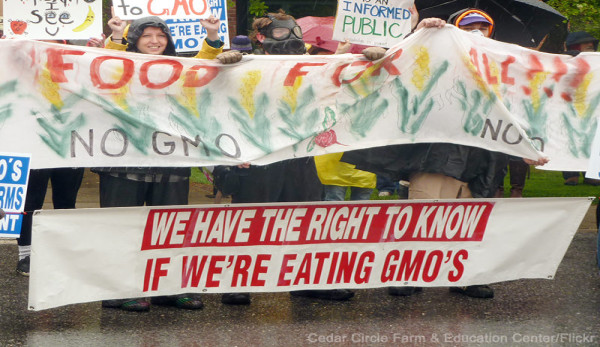 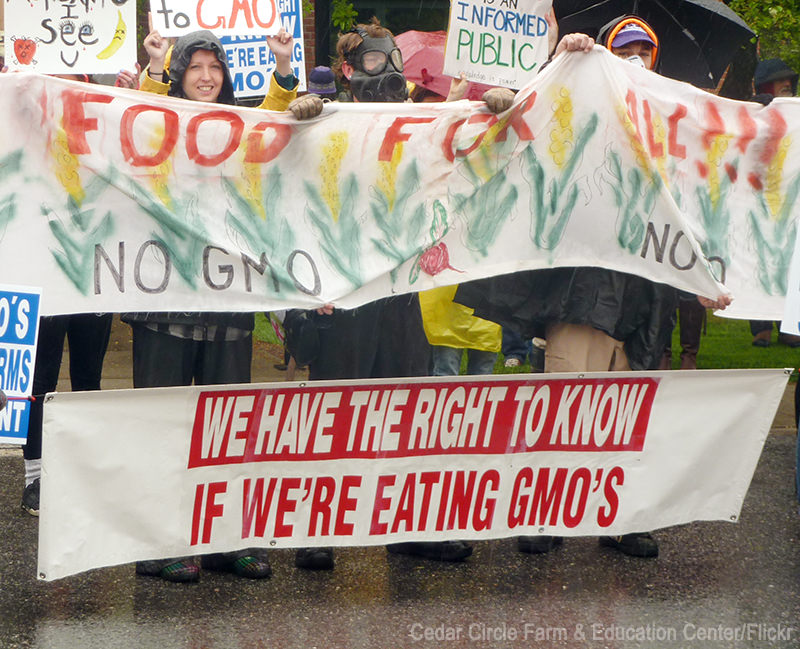 At the beginning of this year, HobbyFarms.com managing web editor Rachael Brugger asked a group of writers for our predictions about 2015â€™s food and farming trends. I didn’t need a crystal ball to predict that labeling of genetically modified food would be up for discussion again this year. I didn’t expect it to show up so quickly, though, and I’m delighted it has.

First introduced in 2013, the Genetically Engineered Food Right-to-Know Act (H.R. 1699/S. 809) has been reintroduced by Senators Barbara Boxer (D-CA) and Richard Blumenthal (D-CT) in Congress and Representative Peter DeFazio (D-OR) in the Senate. The bill amends the Federal Food, Drug and Cosmetic Act to require that genetically engineered food and foods that contain genetically engineered ingredients be labeled as such.

If enacted, the statewide labeling acts passed by Connecticut, Maine and Vermont will be void, as labeling will be a federally mandated issue. Likewise, there will be no more statewide labeling fights like we saw in Oregon and Colorado last year. What will food activists and major food corporations spend all of their time and money on now?

This Right-to-Know Act outlines several reasons behind the bill:

Please notice that nowhere does it say GMOs are bad for you, GMOs are dangerous or GMOs should not be eaten. This act is being passed as a right to knowâ€”hence the titleâ€”and not a barrier to GM-food access.

Things that won’t be labeled under this act include:

With the Right-to-Know bill on the table, reintroduction of the Safe and Accurate Food Labeling Act (H.R. 4432) into Congress isn’t far behind. This bill was also first introduced in 2013, though it is is the antithesis of a labeling act. It’s designed to shut down states’ mandatory GMO labeling efforts and will not require GM foods to be labeled unless the FDA finds them materially different than the same foods not made with GMOs.

Opponents to this bill, including Just Label It and the Environmental Working Group, call the Safe and Accurate Food Labeling Act the “Deny Americans the Right to Knowâ€ťâ€”DARKâ€”Act. At least the language for this bill (as it stood last year, anyway) doesn’t prohibit voluntary labeling of non-GM products.

I know this blog entry is going to ignite a shitstorm of comments, and that’s great. But you spewing off to me about either how ignorant I am to be excited about a national labeling bill or about how ignorant someone else is for attacking my views is not going to do anyone any good. Sure, tell us in the comments how you feel, but then go tell someone who can actually make a difference: your legislators!

Your legislators don’t pay attention to my blog or the Hobby Farms Facebook page, I’m quite sure. What they do pay attention to is feedback from their constituentsâ€”that’s you. What you actually need to do is call your representatives and senators. Yesâ€”you need to call these people, because a simple phone call carries so much more weight than signing a petition online or sending an email. Leave a message for your legislatorsâ€”or talk with the very nice legislative aides who answer the phoneâ€”and clearly state your position on the Genetically Engineered Food Right-to-Know Act or the Safe and Accurate Food Labeling Act.

It’s simple. I promise. Please do itâ€”whether you are for or against labeling!