4 Late-Summer Steps To Help Your Bees Prepare For Winter

Take these simple measures to start preparing for colder fall and winter weather and ensure health for your bees during the months ahead. 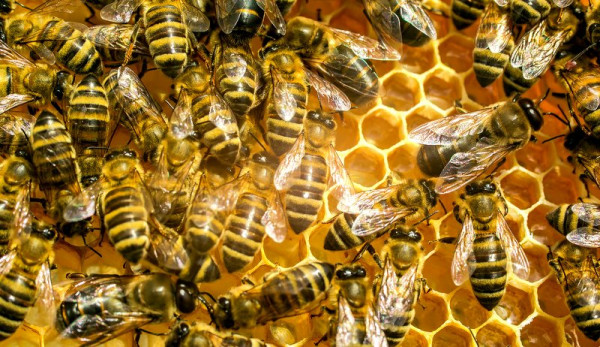 It’s hard to believe it’s time to prepare your bees for winter. In my late August garden, tomatoes are still turning red, pumpkins are plumping and dahlias are as big as dinner plates. To shift your mindset from the green bounty of the present to the dangers of the cold to come is difficult, but it is necessary if you want to keep your bees healthy and thriving. Here are a few things you can do in September to get your bees ready for winter.

September preparation includes looking and thinking long-term. You’re not putting mouseguards on hive entrances or tilting the boxes forward just yet (those are fall chores, which we’ll cover in a future article). Right now, think about the bigger picture. Clean up the big stuff in the bee yard that you’ve been putting off all summer: Trim branches or overhanging trees, repair your electric fencing and replace broken parts. Clean out dead hives and attend to other outdoor chores while the weather is still nice. All the indoor cleaning can happen in the winter, so save those chores for later unless necessary.

Late summer is generally when varroa mite populations are at their greatest. They’ve been rapidly growing in numbers (with the bees) all year, and they plan to overwinter with the bees, too. Conventional wisdom suggests treating your hives for varroa mites at this time. Whether you use chemicals in your hives is a very personal choice. I recommend looking deeper into the options to treat your hives, whether they be conventional or natural. Most important to note now is how big the populations are and how strong your bees are going into the fall. Within the next few weeks, your hives will raise their winter beesâ€”the ones who will carry the colony over through until the spring.

Unless you live in a very warm region, with consistent late-summer and early fall blooms, stop harvesting honey. Ideally, honey harvests are planned events around a good nectar flow rather than a continuous activity (at least not in a typical Langstroth hive setup). The bees can feel the change coming. They might be more defensive than they were earlier in the season. Start making note of how much honey they are storing and how many weeks of bloom time remain. A healthy hive needs 40 to 60 pounds of honey to make it through the winter.

4. Watch For The Drones

As fall approaches, the remaining drones serve little purpose in the hive. You’ll still see some milling about and wandering around, slurping up honey and waiting. Unfortunately, these late season drones are not waiting to serve their purpose. (Their brothers in the spring did that.) These male bees will eventually be kicked out of the hive by their sisters in the fall. You can anticipate how close the cold is and gauge a hive’s preparation status by watching when they kick out the drones.

Honeybees give us so many clues on how best to help themâ€”if we’re available and able to read those clues. Watch your late-summer hives carefully for strength and vigor. Support weaker hives, and start to make plans about what to do with weaker hives if they don’t show rapid improvement at this stage in the year. (Weak hives might be combined with strong hives, if there are no diseases present, but never combine two weak hives.) A few small steps now can make a big difference in the months to come.