Learn the Many Uses of Wintergreen

This herb is a flavoring agent for gum, candy and toothpaste, but it also has medicinal uses via tea and infused oils. You can grow wintergreen yourself. 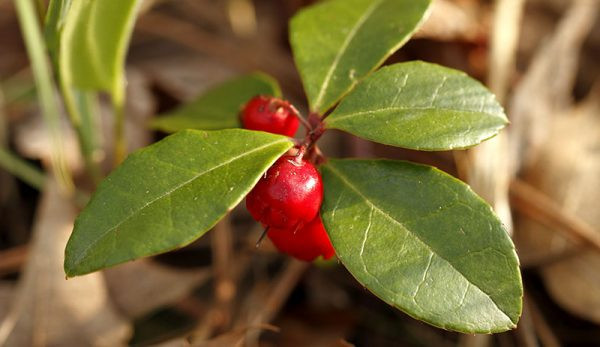 These days, with our soda shop in full swing, a lot of my day-to-day research involves chasing down old soda recipes. I have developed my own versions of several of the old classics, including our house favorite, root beer. One herb I continually encounter during my research is wintergreen.

To create a new recipe, I start with the old. My family loves to visit our production kitchen. Far fewer tinctures are made there while more â€śpopâ€ť is available for tasting. In fact, if you happen by while I am puzzling over one or more particularly difficult batches, I’ll talk you into sampling a fizzy treat whether you like it or not. I’ve found that wintergreen is not available from any of the three large herbal suppliers. While that is challenging, I am still working through what might be behind the situation.

A Plant With Many Uses

Wintergreen, or Gaultheria procumbens, is a creeping perennial in zones 3 to 8. Its common names are many, including American mountain tea, teaberry, boxberry, grouseberry and ground tea, just to name a few. In some areas it is called partridge berry and squaw vine, though those common names typically refer to another plant, Mitchella repens. There are definite differences in the way each of these plants are used. M. repens is a star in the world of womenâ€™s hormonal balance and does not have wintergreenâ€™s characteristic minty taste when you chew its leaf.

Wintergreen as a flavor is best known in gum, candy and toothpaste. As a tea, Euell Gibbons told us wintergreen is not at its best right off the shrub. Rather, it’s better to steep wintergreen leaves for as long as three days on the counter. This lets the natural yeasts living on the leaves break down some of the plant’s fibers, releasing the essential oil. The leaves of wintergreen are highly waxy, so it makes sense that we need to work a bit at getting down to the good stuff.

Wintergreen has small green, glossy leaves. Its white flowers drop underneath the leaves and develop into bright red, edible berries in the fall. The plant has been used as a tonic and a stimulant. It is often applied where the body is producing thick mucus that needs to be thinned or where discharge is â€śstuck.” In this capacity, it is used as an emmenagogue where a cycle has been delayed and for those who constantly clear their throats and need thinning of chronic mucous discharge. The leaves contain salicylate and thus are good internally as a tea in the relief of minor aches and pains. Topical application of wintergreen-infused oil is good for easing the pain of sore muscles and joints.

Wintergreen occupies the same family as the blueberry and the azalea. So if you plant it, keep in mind the same sort of soil prep necessary for either of these plants. Wintergreen likes a well-drained forest floor and likes to grow at the edge of a clearing. It takes dappled sunlight but not deep shade. To keep the leaves from yellowing, you need either a strong acidic soil or to amend for them specifically. Look for natural options such as pine needles and coffee, and test the soil often to keep it in the right spot.

As for me, Iâ€™ve decided that the wintergreen shortage at the bulk herb suppliers is probably because of a high demand for wintergreen essential oil. This means that I tend to substitute with birch bark (Betula spp.) for a similar flavor. It also means that if either you or I want true wintergreen flavor or medicine for ourselves, we probably have to grow it.