Wise Old Heirlooms Teach Us About Feeding the World

No surprise to small-scale farmers, scientists are now looking to traits in heirloom plant varieties to learn how to improve plant production. 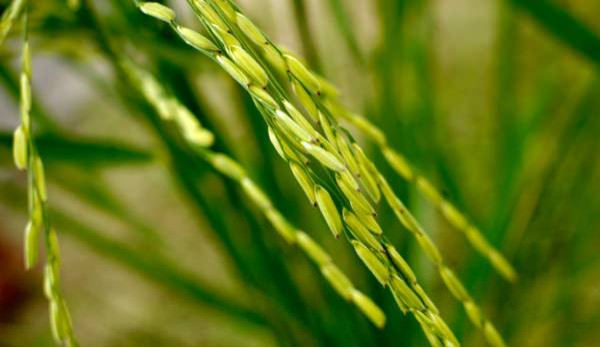 Across the globe, humans rely on fewer than a dozen plants to feed themselves and their families. Corn, wheat, rice and other modern cereals have been bred over the past centuries to produce as much grain as possible; however, to feed a growing population, plant breeders might have to coax out the survival traits of older and locally adapted plant varieties.

University of Georgia geneticists Scott Jackson, director of the UGA Center of Applied Genetic Technologies, and John Burke, director of the UGA Plant Center, have published a report in the journalô Nature explaining the need to revive heirloom plant varieties for breeding programs.

“We have major challenges that weãre facing globally, be it coping with climate change or feeding a growing population,ã Jackson says. “We know that there are genes out there that can help protect or improve crop yields. We need to find ways to tap into those traits more effectively.ã

Jackson, Burke and other organizers of the Crop Wild Relative Genomics meeting held in California in late 2012 wrote the commentary with lead author and Cornell University professor Susan McCouch.

“Why does plant breeding need a boost?ã asks McCouch, a genetic researcher and plant breeder who studies rice. “Since the mid 1990s, progress in conventional plant breeding slowed, despite the phenomenal yield gains of the past. Part of the reason is that only the tip of the biodiversity iceberg has been explored and used.ã

The meeting brought together plant breeders from across the country to discuss ways in which the wild and locally adapted ancestors of todayãs corn, rice, wheat and soybean could be bred with modern plants to make them moreô drought hardy, disease resistant and able to grow on marginal farmlands.

For decades, crop scientists from around the world have built seed repositories to preserve ancient,ô heirloom and wild varieties of the plants relied on today for food and fiber. However, not much is known about how the genomes of the myriad plant varieties are safely housed in these repositories.

The genomes of these older and locally adapted plant varieties hold the key to developing crop varieties that can meet the challenges of agriculture in the 21st century, Jackson says. He and the other authors are calling for a concerted global effort to catalog the plant varieties in these repositories and the genetic traits that they exhibit.

Geneticists in Jacksonãs lab are currently working with wild varieties of rice, soybean and common bean to identify traits that can be bred into modern crop varieties to make them more resilient, in hopes the wild ancestors of todayãs crops can help make soybean and rice production more sustainable and robust. Jacksonãs breeding program is funded by the USDA and the National Science Foundation.

Burkeãs lab, also funded by the USDA and NSF as well as an industry consortium, is working on similar projects in the sunflower family. In collaboration with geneticists in France and Canada, they also are sequencing the sunflower genome. The primary goal of Burkeãs lab is to uncover the genetic basis of traits that will improve crop performance, especially when grown under stressful conditions, ultimately providing breeders with tools to incorporate these traits into cultivated varieties.

“Because theyãre well-adapted to growth under extreme environmental conditions, the wild relatives of our preferred crops have the potential to fuel ongoing plant breeding efforts,ã Burke said.