Wolf Management On Your Farm

Learn how to hold wolves at bay on your farm and around your livestock without lethal control. 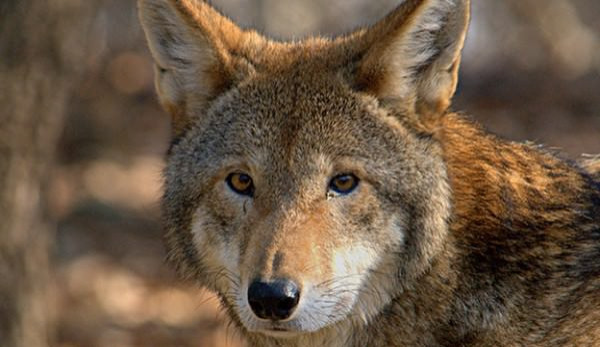 There’s a battle of wolf packs going on in parts of the western U.S. This battle isn’t between the wolves themselves, though, rather between groups of people: one pushing for the support of wolves in nature; the other pushing for wolves’ removal from farm and ranch lands. With farmers and environmentalists pitted against one another and laws siding with the wolves, the best options farmers currently have are nonlethal methods of control.

According to the nonprofit conservation organization Defenders of Wildlife, you have to look at wolf control from a wolf’s perspective: “Wolves are natural hunters but are also scavengers, which means they feed on dead animals, too, and the smell of a rotting carcass will attract them. Their hunting patterns are designed to detect the most vulnerable prey and to avoid injury by their prey, other predators or humans. … In addition, wolves are quick learners and can overcome their fear of certain scare devices, such as sounds or lights, especially if exposed to the same device repeatedly for long periods.â€ť

A little bit of understanding can help your wolf-control plan go a long way.

Don’t Give Wolves A Reason To Visit

Because wolves will take an easy meal when they can get it, remove dead animals from your property as soon as possible. The Washington Department of Fish and Wildlife recommends burying carcasses at least 8 feet deep in a fenced pit, rendering or burning the carcasses. Temporarily remove sick and injured livestock from your herd and further protect them from predation.

It’s not reasonable to think the entirety of rangeland in the U.S. can be fenced off, but fencing and fladry are effective in controlling wolves on the small-scale farm when used well. The Oregon Department of Fish an Wildlife recommends multi-strand electric, mesh, panels or other hard barriers. These can be more effective when used with other deterrents listed below. Fladry, a rope or electric wire with evenly spaced red flags tied along it, is easy to move and install as a temporary, short-term fencing option. Wolves can become wise to how to navigate physical barriers, so changing the height and location to keep them guessing is a good idea.

Livestock guardian dogs can both deter wolves from coming too near livestock and alert you that a predator is approaching. Defenders of Wildlife suggests socializing and bonding guard dogs with livestock from a young age and looking to known guardian breeds, such as Great Pyrenees, Anatolian shepherds and Akbash, to employ on your farm.

If you have a small area to protect or a small herd or flock, two dogs could suffice. Just one dog could face an unfair fight against a pack of wolves, though.

“Wolves, particularly lone wolves, tend to avoid encounters with other packs of wolves and appear to perceive multiple dogs as another pack,â€ť DOW points out.

Scare Away The Wolves

Work with your fish and wildlife department for hazing options, which might include propane cannons, cracker shells, rubber bullets, paintballs and beanbags to scare wolves away from livestock areas. Less harsh deterrents to consider are lighting devices and radios on which you can change the volume, sounds and positioning. Also look at lighted pastures or pens, particularly for livestock birthing and rehab areas.

If you have wolves that are radio-collared for monitoring in your area, the WDFW says you may be able to use radio-activated guard systems that emit flashing lights and loud sounds at the approach of the radio-collared wolf.

If you’re active on your farm and don’t have a large range to roam, your presence alone can do a lot to deter wolves from your livestock. Being out in the field on a regular basis helps you to be more aware of wolf packs nearby and reminds the wolves that you’re there, too.

Wolves are most active at dawn and dusk. Listen for howling and watch for tracks, scat and hair that may be rubbed of on fences. Checking your herd or flock regularly also allows you to quickly tend to sick, injured and newborn animals that could attract wolves.

Regularly rotating your livestock-grazing ground keeps wolves guessing and breaks up their patterns. Changing up your grazing areas is good for the animals and the land, too.

Why Killing Isnâ€™t The Answer

While some farmers and ranchers disagree with policies in place to protect and promote wolf populations, turning to lethal wolf control may not be the answer, either. Washington State University researchers found it’s counter-productive to kill wolves, as hunting and trapping wolves actually leads to more dead sheep and cattle the following year, possibly because wolf breeding is increased to make up for the mortality. Looking at 25 years of lethal-control data from U.S. Fish and Wildlife Services Interagency Annual Wolf Reports in Montana, Wyoming and Idaho, researchers found that killing one wolf increases the odds of depredations 4 percent for sheep and 5 to 6 percent for cattle. If 20 wolves are killed, livestock deaths double.

Learn to live side-by-side with wolves on your farm with a range of control techniques.