Working Animals on the Farm: Rabbits

An often overlooked farm livestock, rabbits can be raised on any size farm for many different purposes. 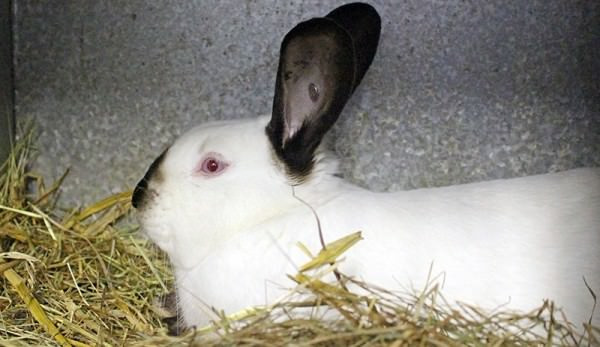 Your farm animals are more than beloved pets. In the series â€śWorking Animals on the Farm,â€ť weâ€™ll explore the various ways livestock can earn their keep on your land. Today, it’s rabbits.

One of the easiest animals to incorporate into a small farm is the rabbit. Their cuteness factor notwithstanding, rabbits are among the cleanest and easy-to-care-for livestock and can offer a quick return on your investment. They can be put to â€śworkâ€ť in a variety of ways, from offering your family a stable food supply to offering non-edible products for market.

Rabbit breeders can harvest wool, meat, fertilizer and pelts all from the same animal if desired. Even if you arenâ€™t personally interested in eating meat or slaughtering animals yourself, rabbits can live long, productive lives on your farm.

For those not interested in raising animals for meat, rabbit furâ€”especially that from Angora breedsâ€”is highly desirable. Different breeds have different fur types, and some molt naturally while others do not. There are four or five recognized Angora breeds, depending on if the breeding organization you align with recognizes the German Angora: English, French, Satin, Giant and German Angoras. Other breeds can be raised for their fiber, as well, but Angora fiber is the most valuable.

Harvesting the fiber can be done by collecting the fur that has naturally been sloughed off by the animal. It can also be collected by daily grooming of the animal or by occasional shearing of the fur at appropriate times. It should be noted that if rabbits are being raised in colder climates, they will need their winter coats to survive and harvesting their fiber should not be done this time of year. Plucking is another method, though controversial, as the fiber is pulled directly from the animalâ€™s skin.

Pelts can be put in this category, though these, of course, are harvested from the animal after it has been killed.

The majority of individuals who farm rabbits do so for the meat. Meat rabbits are inexpensive, as breed type is not important, though be forewarned that they do reproduce prolifically. One male rabbit (buck) and two females (does) can produce 40 to 50 rabbits per year. Each doe will usually have three to four litters per year. The gestation period is about one month, and the young animals need their mother for their first five to six weeks. After seven to 12 weeks, they can be culled from the herd and slaughtered.

Common breeds raised just for meat include the New Zealand Whites, Californians and Flemish Giants. Any variety of rabbit can however be raised and butchered for meat.

Rabbits will never compete with sheep or goats when it comes to volume of grazing, but they can be put to work in an enclosure where they are free to consume weeds and grass. This is likely only useful to small urban homesteaders, but it is a viable option for small areas of turf to avoid having to mow and to provide a free source to supplement your animalâ€™s diet. Make sure that the enclosure has protection from the sun and from predators. It should be fairly lightweight, mobile and easy to moveâ€”similar to a chicken tractorâ€”so that you can transport it frequently for a constant source of vegetation.

Rabbit droppings make an excellent garden fertilizer. Their business-end â€śofferingsâ€ť donâ€™t need to be aged before use like poultry manure, and itâ€™s a prime for raising earthworm or incorporating into a vermiculture system. Some individuals keep their rabbits as pets just for the added bonus of this free soil amendment.

Rabbits can also be raised purely to breed and sell their offspring. These youngsters can be sold directly to other farmers, consumers or pet stores. Breeders may also raise rabbits purely for showing purposes or to supply animals for educational purposes, such as 4-H or FFA.

Before You Get Rabbits

Rabbits are by nature very skittish animals and do not often interact well with young children. Like spring chicks, they are often an impulse buy due to their fluffy adorableness but are often either overfed by well-meaning but unknowing pet owners or neglected when it is realized that they require daily interaction, a clean living environment, and plenty of fresh food and water every day. Committing to raising rabbits is not an expensive endeavor, but it should be done with the full commitment to the animal and its needs.

Chris Bond is a professional horticulturist in Maine and has raised chickens since 2011.Â