Kitchen Garden International encourages gardeners of all abilities and with all sizes of land to celebrate local food during World Kitchen Garden Day. 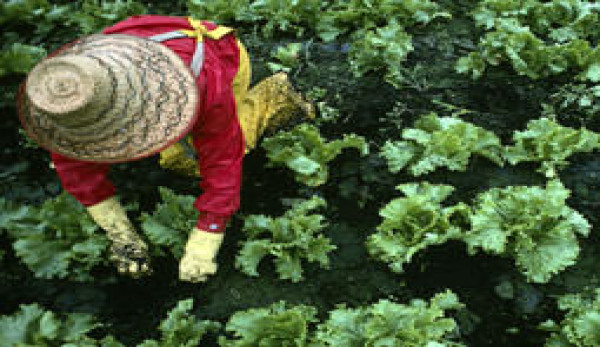 ItŌĆÖs no secret that food security is a major global concern. About one in seven people go hungry around the world, according to recent statistics by the U.N. Food and Agriculture Organization. In the U.S., more than 1/3 of adults suffer from obesity due to not eating the right foods, according to the Centers for Disease Control and Prevention. And look no farther than your wallet to notice that food prices at the corner grocery store are skyrocketing. For many, the solution to these problems is simple: grow a garden.

ŌĆ£When we encourage and teach people to grow some of their own food, we are helping them to become more powerful by taking more control of not only their food, but also their health and their pocketbooks,ŌĆØ says Roger Doiron, founder and director of┬ĀKitchen Gardens International and instigator of the White House kitchen garden.

The Maine-based nonprofit, which connects gardeners from more than 100 countries, started World Kitchen Garden Day in 2003 in response to FebruaryŌĆÖs National Snack Food Month. The holiday promotes the positive role of┬Āorganic gardening in society, health and gastronomy; it raises awareness of the benefits of eating local; and it aims to build community around gardening and food at local and international levels.

ŌĆ£The thinking was that if the makers of potato chips and fluorescent-orange cheese puffs could have a month for promoting their vision of good food, the worldŌĆÖs gardeners deserved at least a day,ŌĆØ Doiron says.

His family celebrated the day in 2003 by fixing a garden-grown┬Āpotluck meal for friends and family. But what started as a playful jab at corporate food-like products has since turned into a celebration spread around the world. This year, Kitchen Garden Day will take place on Aug. 28, 2011, and gardeners, no matter what size land they sow, are encouraged to organize an event to take part. Kitchen gardens, also known as edible gardens or potagers, are meant to produce healthy food for the dinner table.

ŌĆ£For some, it can be as small as a window box,ŌĆØ Doiron says. ŌĆ£For others, as large as a small farm. I prefer [the term] ŌĆśkitchen gardenŌĆÖ over ŌĆśvegetable gardenŌĆÖ because itŌĆÖs not just for vegetables, but also fruits and herbs.ŌĆØ
┬Ā
The KGI website suggests several things you can do to celebrate the day: organize a walking tour of local gardens, host a garden-grown potluck, invite neighbors for a kitchen-garden taste-test, throw a benefit for a local food or gardening charity, teach a kitchen-garden workshop.

Or you may just want to start by creating your first kitchen garden. For this, start small and add to the garden as youŌĆÖre comfortable. Doiron suggests trying a salad garden in a 4- by 4-foot raised garden bed.

Perhaps by taking this step, youŌĆÖll be on your way to helping combat the world food crises. Just take a look at how kitchen gardening affected the Doiron family:

ŌĆ£My wife and I conducted a homegrown experiment of our own a few years back by weighing, recording and calculating the value of our harvests over the course of a growing season. In the end, we found that we had saved over $2,000, which is not bad if you consider we have a modestly sized yard and have a shorter growing season than most of the country.ŌĆØ

Now, thereŌĆÖs some food for thought.