Photo courtesy of BrightFarms.com The world’s largest rooftop garden is being built in Brooklyn, N.Y. A new hydroponic greenhouse set atop an old warehouse in Brooklyn, N.Y.’s Sunset Park is set to begin construction this fall — and just might transform New York City into the new model for urban agriculture. Announced in April, the […] 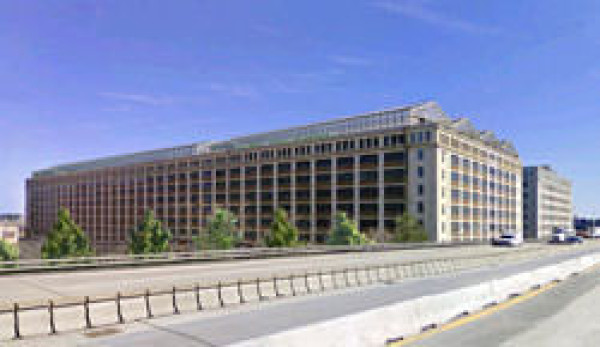 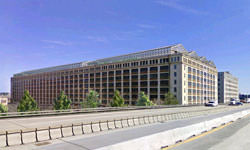 The world’s largest rooftop garden is being built in Brooklyn, N.Y.

A new hydroponic greenhouse set atop an old warehouse in Brooklyn, N.Y.’s Sunset Park is set to begin construction this fall — and just might transform New York City into the new model for urban agriculture. Announced in April, the greenhouse will break ground in September and is scheduled for completion in early 2013. When it’s finished, it promises to be the world’s largest rooftop farm, spanning 100,000 square feet and producing up to 1 million pounds of produce per year, including several varieties of tomatoes, lettuces and herbs.

The farm’s home, an eight-story, 1.1 million-square-foot warehouse built in 1916 and formerly known as Federal Building #2, has been renamed the Liberty View Industrial Plaza. A former Navy warehouse — and the former home of the Food and Drug Administration, which resided on the seventh floor — the building is currently being redeveloped by Salmar Properties. The ultimate plan: transform the long-dormant building into a state-of-the-art industrial center. The framework, including plenty of parking and multiple loading docks that will certainly come in handy when it’s harvest time on the roof, is already in place.

Created by BrightFarms Inc., an organization that designs, finances and manages hydroponic greenhouse farms across the United States, the farm will produce enough vegetables and herbs to meet the vegetable consumption needs of 5,000 New Yorkers. And with a newly announced partnership with A&P stores, it truly will. The partnership with the New Jersey-based chain to sell the farm’s produce locally will allow BrightFarms to fulfill its mission of “eliminating time, distance and cost from the food supply chain.”

This partnership between rooftop farm and grocery chain will create a hyperlocal food chain in Industry City, Brooklyn’s industrial waterfront area, which has been a major focus of revitalization for the city’s Bloomberg administration. The farm’s produce is expected to hit the shelves in neighborhood A&P, The Food Emporium, Pathmark and Waldbaum’s stores by next spring. Best of all, since these veggies won’t have far to travel, they will be some of the freshest — if not the freshest — produce sold in the city.

“As a New York-based company, we are thrilled to demonstrate the significant role that cities can play in meeting the nation’s insatiable demand for sustainable, local produce,” BrightFarms CEO Paul Lightfoot says. “Our mission is to increase the availability of locally grown produce nationwide; building the world’s largest rooftop farm is a huge step towards our goal.”

But the greenhouse’s environmentally friendly benefits extend beyond the supply chain. Built to collect and recirculate rainwater, the farm will prevent as much as 1.8 million gallons of storm water per year from entering local waterways — using the city’s water only as a backup source. In an interview with the Wall Street Journal, Lightfoot revealed that the company also hopes to partner with area schools, and hold classes and workshops in the greenhouse.