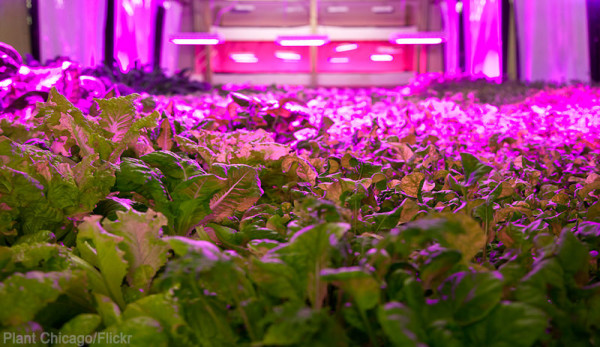 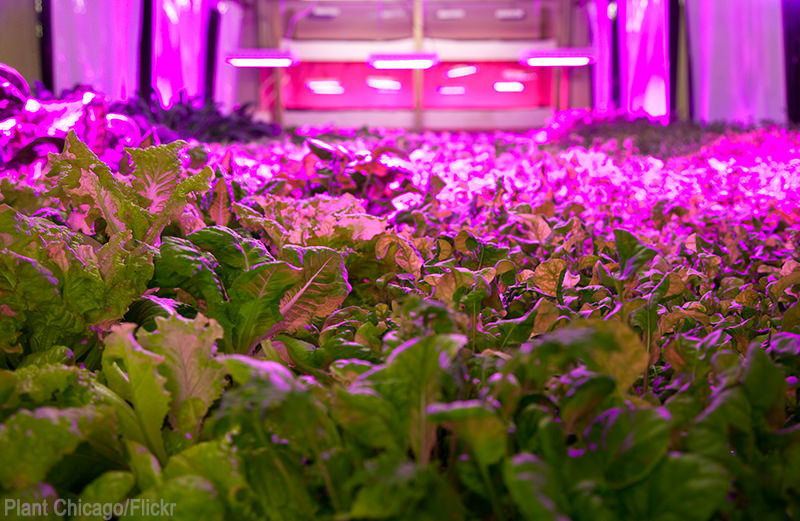 The Ironbound District in Newark, N.J., is soon to be home to what’s being called the “world’s largest” vertical farm. The 69,000-square-foot complex, about two-thirds of which will be dedicated to growing greens, is expected to be wrapped up next year thanks to a $30 million deal between RBH Group, Goldman Sachs Urban Investment Group, Prudential Financial Inc. and AeroFarms, together with the City of Newark and the New Jersey Economic Development Authority.

The brainpower behind the project is AeroFarms, a commercial urban agriculture and “clean-tech” company. Using what they call “areoponics,” a hydroponic technology developed by former Cornell University professor Ed Harwood, the farm will grow crops without soil or sun, instead relying on LED lights, a cloth medium and a mist that circulates nutrients, water and oxygen among the plants, “creating faster growing cycles and more biomass than other growing approaches.”

Dickson Despommier, vertical farming pioneer, claims on his website that by 2050, nearly 80 percent of the world will live in cities and calls for a new form of agriculture that would minimize—perhaps even eliminate—the use of fertilizers, herbicides and pesticides. At first glance, this type of agricultural system looks like a dream solution for growing urban areas, which face varying problems, from economic instability to food insecurity to devastating weather patterns. Newark’s AeroFarm—predicted to be among the most productive vertical farms in the country—is hoping to produce nearly 2 million pounds of food yearly that will be sold to grocers, schools and restaurants.

However, critics bring up a number of interesting points to think about before jumping on the “vertical farming is our savior” bandwagon:

While I applaud any efforts at innovating agriculture to support our growing global population, I personally can’t help but wonder if commercial vertical farming is the new wave of factory farming. Just think about it: The Monsantos of the world weren’t always viewed as evil destroyers of public health; on the contrary, industrial agriculture was introduced during the thriving years after World War II, breaking the common man’s chains to the land and offering him new opportunities. I’m not saying that vertical farming doesn’t have its place, but how will we view it in Despommier’s 2050 world? (We can save that debate for another day.)

What do you think? Would you support a commercial vertical farm in your city? ]]>