If you’d like to add cattle to your farm, think outside the box--try yaks or water buffalo. No matter where you live in North America, one or both of these interesting, easy-to-raise species is right at home and they’re perfect hobby farm livestock. 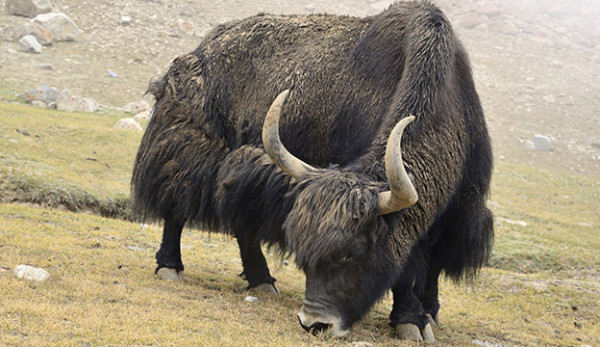 Consider this. Yaks and water buffalo are domestic livestock, not exotics.

Best of all, with proper training they’re docile, friendly beasts—and you can ride them!

Yaks (Bos grunniens) were domesticated somewhere on the Qinghai-Tibetan Plateau of Tibet around 3000-2500 B.C., then they spread north and south throughout western China to Mongolia and beyond.

There are 14.2 million domestic yaks in the world; 13.3 million of them still in Chinese territories. Smaller populations are found in pockets around the world, including North America.

If you’d prefer not to raise them for slaughter, their rich milk (use it to make fancy yak-milk soaps) and cashmere-quality undercoat (each yak yields about a pound of crimpy, short-stapled, 14-16 micron fiber every spring and you can comb it out instead of shearing; raw fiber brings $4-5 per ounce) are in hot demand.

And yaks are beautiful.

Did You Know … About Yaks?

They have only one-tenth the number of sweat glands of cattle and their hair coats are correspondingly sparse; some mature buffalo have very little hair indeed.

Depending on type and breed (there are 12 recognized dairy breeds in India alone) they stand 46-60 inches tall and can weigh 2,000 pounds or more.

Water buffalo were domesticated from the wild Asian water buffalo (Bubalus arnee) at least 5,000 years ago. Most are calm, quiet, and very easily handled and trained.

Did You Know … About Buffalo?

Which Will It Be: Yak or Water Buffalo?

Depending on your needs and where you live, one or the other species might work out better on your farm.

To learn more about these interesting, alternative bovines, check out their Hobby Farm Livestock Breed profiles and peruse these fine resources.