Yes, People Eat Bugs—So Why Don’t You Farm Them?

Eating insects is really a thing—technically called entomophagy—and farmers, now’s your chance to jump in on this emerging market. 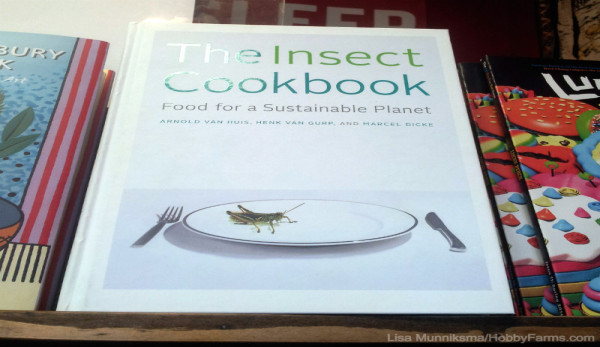 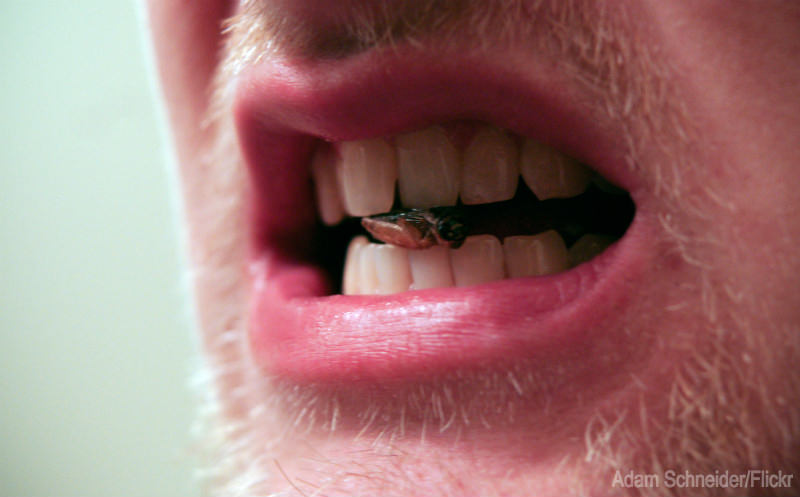 When HobbyFarms.com managing editor Rachael Brugger suggested that I write something about edible insects, I was like, “Really?” And then I met a friend at a local bookstore, and here was this book, The Insect Cookbook: Food for a Sustainable Planet (Columbia University Press, 2014), and again, I was like, “Really?” But more people are into eating insects, obviously, because a quick Amazon.com search yielded five more edible-insect texts.

I’ve done a significant amount of traveling, farming and eating my way through the U.S., Europe and Turkey, but I’ve not encountered a culture that readily serves up insects as anything more than novelty. Now I feel like I’m missing out. The Food and Agriculture Organization says there are 1,900 edible insect species (see a list here) and has a 201-page guide to edible insects, outlining their contribution to food security and examining the possibility of raising them commercially to improve food and feed production and diversify diets around the world. “Edible insects are a promising alternative to the conventional production of meat, either for direct human consumption or for indirect use as feedstock,” the FAO claims. 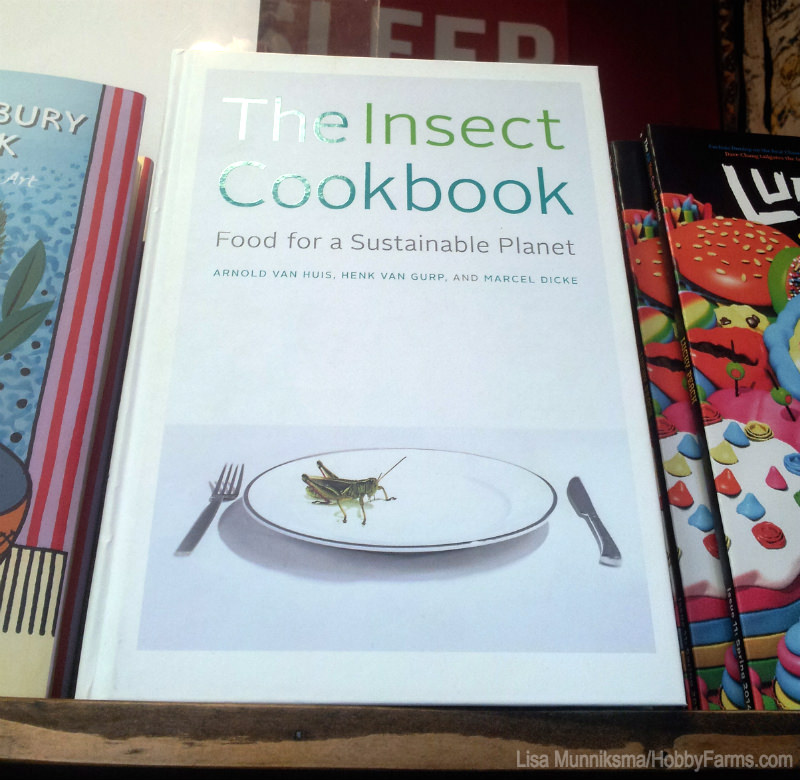 As a small-scale, sustainable farmer and sustainability-minded person, I’m all about sustainable food sources. I’m also not one to judge people for trying something new, so here I am, writing about edible insects. The more I started thinking about eating bugs, the more I wondered: Can we eat invasive species to get rid of them? Can I eat those &JE$#@% harlequin bugs that go after my kale? And, wait, is this article about a company grinding insects into flour for baking? Bring it.

Once cooked, I don’t think insects retain the same squirmy, slimy, smooshy consistency that we know them to have as live bugs. (Also, calling them insects rather than bugs gives them a less icky quality, don’t you agree?) Health-wise, insects are full of high-quality protein, vitamins and amino acids. And they’re sustainably produced. I mean, just try to stop the crickets from breeding on your farm! Feed-wise, crickets need six times less feed than cattle, four times less than sheep and two times less than pigs and broiler chickens to produce the same amount of protein. Waste-wise, they emit little greenhouse gases and ammonia, unlike cattle.

A Three-Course Meal
The United Kingdom has cooking-contest shows, just like we do in the U.S. Former contestants of one show, the Great British Bake Off, undertook an edible-insect dessert challenge in honor of pest-control company Rentokil’s “Pestaurant,” a pop-up restaurant serving dishes that feature common pests. I wouldn’t have a problem digging in to the Early Bird Breakfast Pie, Black Forest-Floor Brownie (which is gluten-free and high in protein!), or Chocolate Cupcakes with Cricket and Peanut Brittle that these chefs put together.

Closer to home, I asked friends if they’d ever eaten insects as a legitimate food source. My friend Molly Ashley sent me to her dad, Stuart Ferguson, in Union, Ky., who in his late teens, ate grasshoppers after reading a magazine article that included a recipe that friend them.

“Catching them was the hard part,” Ferguson tells me. “I heated up a fry-pan with oil 1/2 inch deep, and threw in the live grasshoppers I just caught. They were surprisingly good. Crispy shell, not much to them—sort of like popcorn or chips. Everything deep fat fried is good.”

This is a good point—fry a bug right, and it could be mistaken for anything. But fry a bug wrong …

“A few months later, I caught a really big grasshopper,” Stuart continues. “I cooked it the same as the smaller ones I had before, but it had a foul taste. Not real sure I can describe the taste, but it made me a bit ill. I believe if I stayed with the smaller grasshoppers, I may not have got ill. I like adventure, and eating new things is part of that.”

When you get that hankering for insects away from home, restaurants—many serving a style of Asian- or South American-inspired cuisine—are offering edible insects as side dishes and main courses. Just to name a few:

The Insect-Farm Bandwagon
With all of this insect-eating going on, someone has to be producing them—or at least corralling them so they can be caught and turned into human food. Some farmers in Youngstown, Ohio, decided they were up for that task and opened Big Cricket Farm—the first human-food-grade insect farm in the country. With what appears to be mounting interest in edible insects, this might be a market where small-scale farmers can really dig in.

So maybe I do need to buy one of those cookbooks.