There’s more in your soil than rotting plant matter—these insects and organisms are helping turn organic matter into a fertile growing medium for your farm. 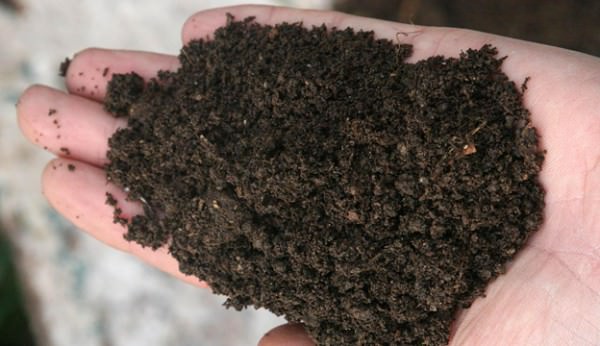 Organic matter is the lifeblood of soil, the currency in the original underground economy. A soil’s hunger for organic matter partially explains the mystery of why it disappears so quickly, but it doesn’t explain how. Standing around above ground thinking you’ll solve this mystery is futile. The action is underground. There, beneath your feet, microbes and larger life forms create complex and dynamic communities where everyone has a dual role—eat and be eaten.

The leaves (and wood chips and coffee grounds) first attract soil organisms with teeth or teeth-like equipment—the chompers, shredders, slicers and tearers. These organisms do the work that a pack of dogs would do if given free rein in a room filled with bones, shoes and fuzzy balls.

Most gardeners are familiar with some of the dogs of soil life—earwigs, beetles and earthworms. They kick off the process of stripping useful nutrients out of organic matter until simple compounds of carbon, nitrogen and hydrogen are about all that remain. Earthworms do impressive things despite their lack of teeth. Like birds, worms have a gizzard between their mouth and stomach that contains tiny rock fragments that grind leaf mush and other organic matter into smaller and smaller particles. Earthworms suck in 10 to 30 percent of their body weight daily, mixing and blending organic matter and releasing the product into the earth. Just like in a cow’s stomach, bacteria do a magical bit of work inside an earthworm, breaking down organic matter and rock minerals into nutrients for their hosts to absorb. What the worms don’t use passes into the soil.

Smaller mites and springtails (visible with a 10-power hand lens) get in on the action. They are the ones that clip away all but the veins of a dead leaf, leaving their lace-like handiwork behind. All this activity results in a lot of finely ground organic matter and moist, nutrient-rich fecal pellets that make a hearty meal for fungi and bacteria.

Microbes don’t have teeth and jaws or a gizzard filled with tiny rocks like earthworms. They don’t need mouths. They use acids and enzymes to gnaw on organic matter. These microscopic workhorses are busier than bees doing work in the soil similar to what happens in the rumen of a cow. They not only break down organic matter; they also play the role of supplier and distributor of the nutrients, trace elements and organic acids that plants need. So, while plants don’t directly absorb organic matter, they do absorb the metabolic products of soil organisms that feed on and break down organic matter.

Sir Albert Howard didn’t quite grasp the details of this transformational feat, and Justus von Liebig was satisfied with the notion that organic matter didn’t matter. But we now know that plants have always relied on a steady supply of organic matter to feed the smallest creatures on Earth—soil organisms who do the heavy lifting that keeps plants fed and soil fertile.

Fungi and bacteria anchor the menagerie of soil life and are the main brokers in this underground world. Fungi take the lead in turning dead things back into living things, and certain types specialize in eating dead wood, a particularly important role in nature’s bustling economy. The chemical arsenal of fungi slowly breaks apart the long chains of incredibly durable carbon-and-hydrogen-rich molecules that form wood. Little else has the right stuff to dissolve the woody parts of plants. And whether digesting a log or a twig, fungi excrete metabolic products that feed other soil organisms that, in turn, become a meal for more soil organisms.

Although farmers have long despised fungi as vectors of plant disease, they are actually crucial to plant health and survival—and always have been. It’s just that pathogenic fungi, like the microbes that cause infectious disease in humans, steal the show. Only recently have we begun to appreciate the helpful varieties. Yet some symbioses between plants and fungi are so powerful that the one cannot live without the other. The famous truffles rooted out by trained pigs in France only grow with certain trees and thus cannot be farmed. Many more connections like these extend up from the ground and ripple through the biosphere.

The fecundity and tenacity of fungi is surprising given their delicate root structure. Hyphae, the below-ground, root-like parts of mushrooms are so thin that it takes thousands packed together to reach the diameter of a piece of thread. More than once, Anne left a pile of wood chips sitting for a few months longer than planned, and when she finally plunged her pitchfork into the pile, she would invariably discover golf-ball-sized clumps of what looked like cobwebs. Only the clumps weren’t cobwebs, they were strands of fungal hyphae.

Scientists may consider fungi microbes, but hyphae are unlimited in how long they can grow. Forest networks of fungal hyphae are the largest lifeforms on Earth, forming subterranean networks that extend for miles. A single teaspoon of fertile soil can contain a half-mile of fungal hyphae. Fungi secrete their wood-busting organic acids from the growing tips of hyphae, the way water drips from the nozzle of a hose. This acid bath helps further reduce already tiny leaf and wood particles, allowing bacteria to get in on the action. And like fungi, bacteria further decompose organic matter with their own stew of chemicals. In the above-ground world it would take a set of grinding dog jaws or spinning blades of steel to do the work fungi and bacteria do in the soil. This dynamic duo is nature’s janitorial and recycling service. Without them we’d soon be neck-deep in dead plants and animals.

In the plant world even rocks serve as food so long as the right fungi and bacteria are in the soil. Turn over a stone on a forest floor and you may find the bottom covered with prospecting hyphae sucking nutrients from bare rock. Some are particularly good at seeking out relatively scarce elements that plants need a lot of—like phosphorus.

A world of tiny middlemen lives between the microscopic realm of bacteria and fungi and the world of visible soil organisms. Like all middlemen, these organisms function as a pass-through, preying on each other and the primary decomposers—fungi and bacteria.

Protists, like paisley-shaped paramecia, are one example of these middlemen. They propel themselves through the soil hunting for bacteria and nibbling on hyphae using rotating tufts of hair-like cilia. Amoebas too are protists. They direct the fluid held within their cell walls to make temporary structures called pseudopodia (false feet) as they blob their way through films of water on and between soil particles in search of food or on the run from predators.

Nematodes, a diverse group of microscopic wormlike creatures smaller than a grain of sand, prey on protists, as well as bacteria. These multilevel predator-prey interactions among microbes turn out to produce a key source of botanically available nitrogen—one of the big three plant nutrients. Bacterial cells are rich in nitrogen, which means that the poop of predatory protists and nematodes that dine on them is also nitrogen rich. This micromanure can contribute a substantial portion of plant-available nitrogen to the soil—so long as bacteria are available as a food source.

When microorganisms decompose dead plants and animals, they put life’s elemental building blocks back into circulation, including the big three—nitrogen, potassium, and phosphorus—and all the other major nutrients and assorted micronutrients important for plant health. Moreover, microbes deliver nutrients right back to where they are needed—a plant’s roots.

Until recently, scientists thought that all organic matter in soil came from dead plant material. Walk around a temperate or tropical forest and this view makes sense. There are, literally, tons of plant parts lying around—seeds, fruit, bark, leaves, twigs and branches. But researchers found that bacteria contributed a surprising amount of soil organic matter when they tagged some with a stable carbon isotope and let them loose in an experimental plot for almost a year.Subsequent soil sampling revealed scores of dead bacteria piled up on each particle of clay, sand and silt. In fact, dead microbes accounted for up to 80 percent of the soil organic matter.

Now that you know this, you may never look at a pile of rotting leaves quite the same again. Instead you might see a banquet table overflowing with food for soil-dwelling dinner guests who have the unique power to transform their meal back into nutrients that plants can use all over again. As every living thing in the soil eventually becomes something else’s meal, an endless cycle of eating, dying and pooping builds fertile soil from which new life springs.

Soil life digests and respires only about half of the carbon in organic matter, leaving the rest as dark-colored, decay-resistant carbon compounds known as humus. The hardest-to-break down bits of organic matter, like the fragments of durable waxes and resins from leaves and wood, accumulate in soil as humus. In our growing garden, it only took a couple of years before we began to see a layer of humus form, sandwiched between the mineral soil and the decaying organic matter on top. Fungi keep working away at humus to wring the last nutrients from rotting leaves. Humus itself is so processed and transformed compared to the original type of organic matter that scientists still aren’t sure of its exact chemical makeup. But they do agree that humus is a hallmark of rich, fertile soil.

The botanical world fed itself long before we came along. Plants drop their cast-off parts on top of the soil or, in the case of dead roots, within the soil. Hungry soil life eats this organic bounty and in the process changes death into the elements and compounds that plants need, but can’t get from photosynthesis. It is symbiosis on a grand scale. The hidden half of nature works the skin of the Earth, weaving a carpet of life that begins in the soil and ripples upward to the plants and animals that in turn support microbes. They are the underground yin to the above-ground yang.

Excerpted from The Hidden Half of Nature: The Microbial Roots of Life and Health (W.W. Norton & Company, 2015) by David R. Montgomery and Anne Biklé. Reprinted with permission of the publisher. All rights reserved.

David R. Montgomery is co-author of The Hidden Half of Nature, inspired by their experience restoring the soil on their city lot in Seattle.